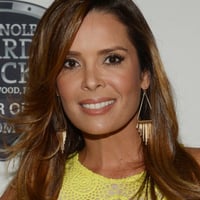 Karent Sierra net worth: Karent Sierra is an American reality TV star, singer and dentist who has a net worth of $400 thousand. Karent Sierra is a well-established cosmetic dentist in Coral Gables, Florida, and a new cast member of the completely retooled production of "The Real Housewives of Miami". After the first season showed abysmal ratings, Bravo went back to the drawing board with the series, and recast many of the "Housewives". Ms. Sierra, who is actually not married, is a dentist, actress, model, and spokesperson for Colgate. She reportedly chose to appear on the show in an effort to prove that there were wealthy, intelligent women out there, who were not all Botox-ed backstabbers. Her dental practice is very high-end, and supplies its patients with chair massage, personal iPods, headphones, and flat screens for viewing movies, in addition to dental work. Bravo is hoping that with new cast and reboot of the series, they will finally have another worthy entry to their already ridiculously successful television franchise.

In March 2013, it was reported that Karent Sierra was facing foreclosure on two properties in Miami. Florida Community Bank is rumored to be in the process of foreclosing on two properties that have a combined value of $870,000. No word yet on whether this was a misunderstanding or if Karent really is experiencing a larger financial hardship.