Justin Mateen net worth: Justin Mateen is an American entrepreneur who has a net worth of $300 million. He is best known for being a co-founder of Tinder.

Justin Mateen was born in Beverly Hills, California in March 1986. He comes from an extremely wealthy real estate family. Justin's father Kamyar Mateen runs Cannon Commercial Inc, which owns an extremely valuable portfolio of commercial, retail and multi-home properties. Kamyar owns of of the most valuable homes in Beverly Hills.

Justin Mateen graduated from the USC Marshall School of Business. He co-founded Tinder as a startup within the Hatch Labs company incubator as a joint venture with Interactive Corp, better known as IAC. In March 2014 IAC increased its majority stake in Tinder at a valuation that was estimated at $1 billion for the first time. A year later Bank of America estimated the value of Tinder at $3 billion. By 2018 the company was generating over $800 million in annual revenue.

His former girlfriend Whitney Wolfe Herd was the VP of Tinder and filed a sexual harassment and discrimination lawsuit against the app's parent company. Justin was suspended from Tinder during the investigation of the allegations that reportedly took place in 2014. Wolfe Herd went on to found rival dating app Bumble.

Justin and another Tinder co-founder Sean Rad sued IAC for $2 billion alleging that the company undervalued their options in previous financing rounds. They alleged that roughly 20 early employees who owned 20% of the company were bought out at a valuation of $3 billion when IAC supposedly knew the true valuation was closer to $5 billion. The lawsuit is still ongoing as of this writing.

Justin Mateen was listed on the Forbes 30 Under 30 list and was named one of the most creative people in business by Fast Company. Outside of Tinder, Mateen has been an early investor in companies such as Home Chef, Lendup, Munchery, StyleSeat, and Hyperloop One.

In July 2020 Justin paid $18 million for Lori Loughlin and Mossimo Giannulli's Bel-Air home. Loughlin and Giannulli had been seeking more than $35 million for the home at one point. They bought the property in 2015 for $14 million and proceeded to spend untold millions on upgrades. 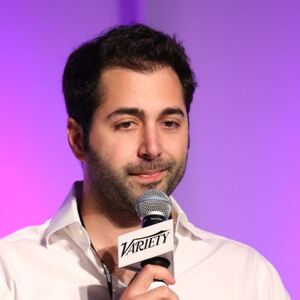