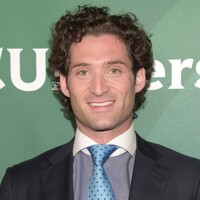 Justin Fichelson net worth: Justin Fichelson is a luxury real estate broker and reality television personality who has a net worth of $6 million. He is probably best known for being one of the cast members of the hit Bravo reality series, Million Dollar Listing San Francisco, but has made most of his net worth as one of the Bay Area's top luxury brokers at Climb Real Estate. His focus at Climb Real Estate is on the top-tier properties, and he is known to be a master networker, rubbing elbows with some of the best and brightest venture capitalists, angel investors, and Silicon Valley elite. He was born and raised in San Francisco and pursued his career in real estate immediately after graduating from the University of San Francisco with a degree in history. Fichelson is a founding board member of the Exploratorium Lab, which raises money for the San Francisco Exploratorium which is one of the world's premier interactive science museums. He is also active in philanthropy and has done a lot of work with underserved communities. Fichelson is also an active member of the Junior Committee of the Fine Arts Museums of San Francisco and The San Francisco Fall Antiques Show.