Juliet Angus net worth: Juliet Angus is an American public relations expert, fashion consultant, and reality television personality, who has a net worth of $6 million dollars. Juliet Angus was born in Chicago, Illinois, and graduated from the University of Southern California with a degree in Broadcast Journalism and Spanish in the late 90s.

In 2002, she appeared in the reality television show Beg, Borrow & Deal and in 2003, she appeared on Diva Detectives, a television series, under her maiden name, Juliet Rogulewski. She met and married her husband, British advertising executive Gregor Angus, in California and the couple relocated to London in 2011. They have two children, Georgina and Truman, and enjoy playing tennis in their spare time. Juliet Angus is one of the cast members of the hit Bravo reality series, Ladies of London, and is known for being one of the more outspoken members of the group. The show follows the lives of seven successful women who are married to successful men based in London. The cast consists of five women from America and two women from the UK. It is widely believed to be the British equivalent of the popular Bravo Real Housewives reality franchise. The program began airing in June of 2014 and is currently in its second season. 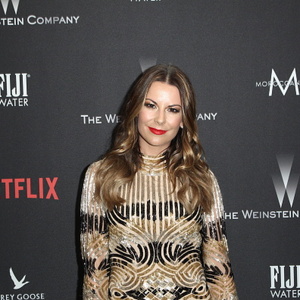