Josh Harris net worth: Josh Harris is an American fisherman and reality television personality who has a net worth of $800 thousand. Josh Harris is currently based in Alaska, and working as the Captain of the boat, the Cornelia Marie, which was owned by his late father, Phil Harris.

Josh previously worked on the Time Bandit, an Alaskan crab fishing vessel that is also featured on the Discovery Channel series, Deadliest Catch. He joined the crew of the Time Bandit during the 8th season of the reality series, and became known for talking incessantly about owning his own boat, while simultaneously hanging back from taking on any great responsibilities on the Time Bandit. He later turned his work ethic around in subsequent seasons and worked on the Time Bandit until 2013 when he left to get his captain's license. In 2013, he became the Skipper of the Cornelia Marie for that year's crab fishing season. The Cornelia Marie hit some rocky waters after the untimely death of Phil Harris in 2010, but Josh has been determined to get it back up and running. The two sons, Josh and his younger brother Jake, tried to keep the Cornelia Marie afloat after the death of their father, but proved to struggle with the finances. The new captains didn't last long and the boat was in desperate need of repairs. After a three year process of getting things in order, and Josh having to deal with his brother Jake's drug addiction, the Cornelia Marie is finally up and running again. On March 7, the new captain also became a father to a baby girl named Kinsley Ella Harris. In addition to working on fishing vessels, Josh, along with brother Jake, co-authored a book about their father with the help of journalists, Steve Springer and Blake Chavez, entitled Captain Phil Harris: The Legendary Crab Fisherman, Our Hero, Our Dad. 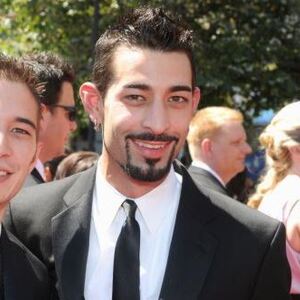