He has held a variety of positions with Kitara, including Interim Chief Financial Officer and Chief Executive Officer. Ledecky has worked with Ironbound, the Triplecrown Acquisition Corp, the Endeavor Acquisition Corp, and U.S. Office Products, which he helped grow into a Fortune 500 company doing billions in revenue each year. He is a chairman of the Ledecky Foundation, a group designed to help educate inner city children living in Boston, New York, and the Washington, D.C. area. Other businesses and organizations Ledecky has worked with include School Specialty, Inc., Victory Acquisition Corp, Grand Slam Acquisition Corp., UniCapital Corporation, George Washington University, and Ascend Acquisition Corp. During the summer of 2014, Charles Wang sold his stake in the NHL's New York Islanders to Ledecky and fellow businessman Scott Malkin. Wang will remain the team's majority shareholder for two years, at which time he'll become a minority owner. Ledecky formerly co-owned the league's Washington Capitals. 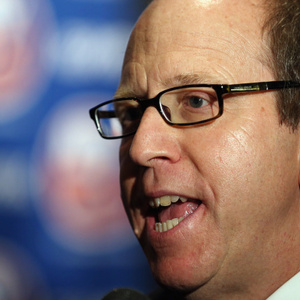