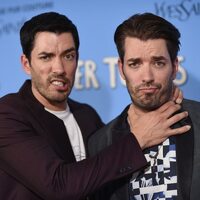 Jonathan and Drew Scott Net Worth

What is Jonathan and Drew Scott's net worth and Salary?

Jonathan and Drew Scott are Canadian reality television personalities, who have a combined net worth of $200 million. They are best known for starting the Property Brothers television and home improvement franchise.

Table of Contents
💰 Compare Jonathan and Drew Scott's Net Worth

Identical twin brothers Jonathan Ian Scott and Andrew (Drew) Alfred Scott were born on April 28, 1979 in Vancouver British Columbia. John was born four minutes before Drew, whose birth was a complete surprise because his parents, Jim and Joanne Scott, thought that Joanne was giving birth to only one child! Their father had emigrated from Scotland as a teenager with dreams of being an American cowboy, like the kind he grew up watching on television. He worked in the film industry until the late '70s, which he quit to focus on raising his family. Jim and Joanne moved the family to a horse farm in Maple Ridge, Canada. The brothers started work young, starting their first business at just seven years old, JAM, producing nylon covered hangers. They sold them door to door until a woman ordered thousands. The boys' continued job search led them to an ad that was recruiting child clowns to perform in parades. At one point they were making $100 per hour performing as clowns at parades.

Their father would commonly renovate family properties and he hired John and Drew to build and repair fences, decks, and barns at just age 8. They continued to assist their father in various projects all throughout their childhood. At 14, the family began working on their parents' dream home in Alberta, Canada. The brothers attended Thomas Haney Secondary School and, just as the family dream home was completed, the two left for Calgary to attend college.

Drew and Jonathan started buying and renovating property when they were still teenagers. Although the two originally wanted to be entertainers, they did not want to be "starving artists". They thought if they invested early in real estate that it would act as a sort of buffer for what they really wanted to do. They bought their first house when they were 18 years old, in their very first semester of college. They used a vendor take-back mortgage and made a $250 down payment on a seven bedroom house across the street from their university. After renovations, the brothers rented it out and made $800 a month off the rent. They sold it a year later for a $50,000 profit while attending university. They continued to buy and flip homes throughout their late teenager years.

Before going into real estate as a true profession, the brothers tried acting, with John trying work as an illusionist. At 19, John dropped out of college and began to build large-sale illusions with the goal of developing a touring theater show. A fellow magician who claimed to be a friend of a friend approached him and John agreed to rent him several of his illusions. Unfortunately, the man stole the entire production, destroying the show and leaving Jonathan a staggering $80,000 in debt. He was unable to collect what he owed and, depressed and embarrassed, did not tell his parents what had happened to him. John had to file for bankruptcy at age 20. Meanwhile, Drew had also left college and was working as a flight attendant at WestJet. John went back to school at the Southern Alberta Institute of Technology to study construction and design. This is when he became licensed as a contractor. Meanwhile, Drew got his real estate license in 2004.

At the same time, both Jonathan and Drew were taking small acting roles. Drew both appeared on Canadian television show Breaker High. Drew also had a role on Smallville and Jonathan was on The X-Files.

The brothers launched Scott Real Estate, Inc. in 2004. The company was created to oversee the construction and development of commercial and residential properties. They had opened their third branch by 2008. In 2010, Drew and John created Scott Brothers Entertainment, an independent production company. They shifted the focus from film to original content for TV and digital platforms by 2013.

The brothers have become known for their ability to take homes that seem impossible to fix, and making them like new again. Scott Real Estate, Inc. currently has offices in Vancouver, Calgary, and Las Vegas, and the brothers are the stars of the reality series, "Property Brothers" on HGTV. The program started in 2011. They own a production company with their older brother called, Dividian Production Group. 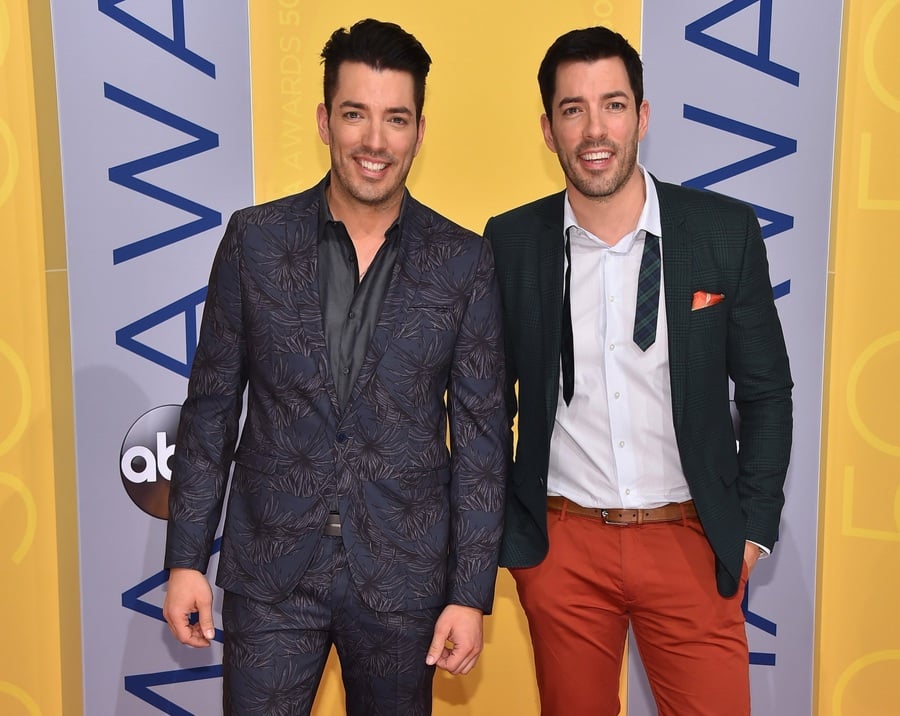 Not only have Jonathan and Drew have starred in Property Brothers, of course, but also Buying and Selling, Brother vs. Brother, Property Brothers: At Home, Property Brothers: At Home on the Ranch, Brothers Take New Orleans, and Property Brothers at Home: Drew's Honeymoon House.The Scott brothers have launched their own home furnishings brand called Scott Living as well as the Dream Homes line. In 2017 Drew Scott competed on the reality television series Dancing With the Stars. The brothers have authored the books Dream Home: The Property Brothers' Ultimate Guide to Finding & Fixing Your Perfect House in 2016 and It Takes Two: Our Story in 2017. In 2015 Property Brothers was nominated for a Primetime Emmy Award for Outstanding Structured Reality Program. That same year, the brothers hosted Sailing With the Scots, a Scott Brothers themed cruise. Later that same year, Drew and John launched their first outdoor furniture line on QVC, Scott Living. In 2017, the twins bought all their brands under the umbrella of Scott Brothers Global. Drew wrote a docu-series based on social current affairs that he feels passionately about, including solar power. This was released in 2018.

Jonathan Scott is now an award-winning illusionist who often performs in Las Vegas, and Drew Scott directs and produces films. The Property Brothers television aired its 14th season in 2019.

John married Kelsy Ully, a WestJet crew scheduler, in the summer of 2007. He explains in his book though that after their move to Las Vegas, her modeling and waitressing job set in motion a string of challenges that damaged their relationship. After being together for more than seven years, two of them married, they divorced in 2010. He dated Jacinta Kuznetsov for three years, but they broke up in April 2018. One week after Zooey Deschanel announced her divorce, Jonathan revealed the two had started dating in August 2019. They met on the set of an episode of Carpool Karaoke they were filming.

Drew became engaged to Linda Phan in 2016 and the couple married in a destination wedding ceremony in Italy in May 2018. Drew has endorsed Hilary Clinton and considers life coach Tony Robbins to be his personal hero. Drew values a healthy lifestyle, and has a black belt in karate.

Both brothers are basketball enthusiasts and grew up playing. They have twice played in the NBA All-Star Celebrity Game. They are both philanthropists who have done tremendous work for Habitat for Humanity and St. Jude's. They give lots of support to other pediatric cancer initiatives and charities as well. In November 2016, the brothers were selected for Habitat for Humanity's highest honor, Habitat Humanitarians. The twins also did a lot of work with Michelle Obama on her "Let's Move" campaign as First Lady.