John Zaccaro Net Worth: John Zaccaro is an American real estate developer and businessman who has a net worth of $100 million. Born in Brooklyn, New York, John Zaccaro earned his business administration degree from Iona College. He was drafted by the Brooklyn Dodgers and joined the United States Marines. Zaccaro earned his real estate license in 1951, joining the Real Estate Board of New York four years later. He worked for his father's company, P. Zaccaro Co., and sold properties in and around New York City. Zaccaro is now the company's owner and holds dozens of rental properties in various Big Apple neighborhoods, including Chinatown, Queens, Little Italy, and on Manhattan's East Side. During the late '70s, he sat on the city's Housing Council, and by the late '80s, the business owned more than 20 properties. He married his wife, Geraldine Ferraro, in 1960; she was Democratic presidential candidate Walter Mondale's running mate in 1984. She also sat in the U.S. House of Representatives. As a result of the campaign, Zaccaro came under fire over his personal finances and tax returns. Mondale and Ferraro lost to incumbent President Ronald Reagan. A year later, Zaccaro was charged with and pled guilty to fraud related to bank financing for a real estate deal. A year after that, he was charged with allegedly bribery. Zaccaro and Ferraro had three children together before her 2011 death at the age of 75. 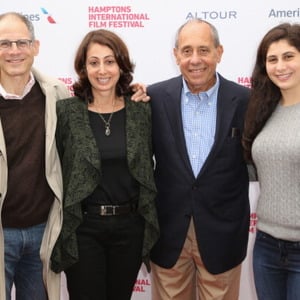