John Landgraf Net Worth and Salary: John Landgraf is an American television executive who has a net worth of $30 million. John Landgraff's annual salary at FX is $9 million. John Landgraf was born in California in May 1962. He is currently the Chairman of FX Network and FX Productions, a title he has held since 2005. Landgraf has been called the "Mayor of TV" for his contributions to format, primarily at FX. He served as Vice President of Primetime for NBC from 1994 to 1999 and oversaw the development of TV series including The West Wing, Friends, and JAG. Landgraf started the production company Jersey Television along with Danny DeVito and others and produced the television series Reno 911! for Comedy Central. He became President of Entertainment at the FX Network in 2004 and oversaw series including The Shield and Rescue Me. He was promoted to President and General Manager in 2005 and launched FXX in 2013. Today he oversees FX, FXX, FX HD, the Fox Movie Channel and FX Productions. John has been married to actress Ally Walker since 1997. Together they have three children and live in Santa Monica, California. 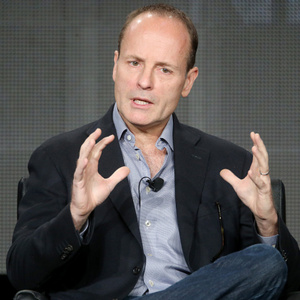