John James net worth: John James is an American businessman and political candidate who has a net worth of $1 million. John James was born in Michigan in June 1981. He graduated from the United States Military Academy, the University of Michigan, and Pennsylvania State University. James served in the military for eight years and did multiple tours during Operation Iraqi Freedom as an Apache pilot.

He is a Republican who ran for the United States Senate for Michigan in 2018. He joined the global supply chain management service company James Group International in 2012 which he operates with his father. James eventually became the president of JGI and the CEO of Renaissance Global Logistics. He was considered as a potential United States Ambassador to the United Nations by President Donald Trump in 2018. John James announced he would seek the Republican nomination for United States Senate for Michigan in 2020. 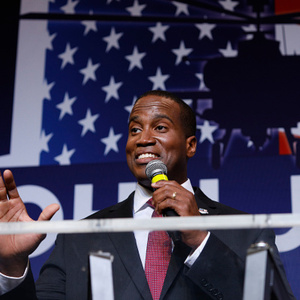