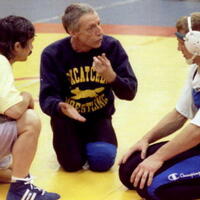 John Du Pont net worth: John Du Pont was an American convicted murderer who had a net worth of $150 million. John Du Pont was born in Philadelphia, Pennsylvania in November 1938 and passed away in December 2010. He was an heir to the Du Pont family fortune and worked as an ornithologist who published many books on birds. Du Pont was also a philatelist (stamps), conchologist (shells), and coach. He founded and directed the Delaware Museum of Natural History. Du Pont was convicted for the murder of Olympian wrestler Dave Schultz in 1997. He established the wrestling facility Foxcatcher Farm and became a sponsor for USA Wrestling. Du Pont was ruled mentally ill but not insane. He was sentenced to prison for 13 to 30 years and died in prison. Du Pont is best known for being the subject of the 2014 movie Foxcatcher as he was played for Steve Carell.