John DeLorean net worth: John DeLorean was an American engineer and businessman who had a net worth of $50o thousand at the time of his death. John DeLorean was best known for founding the DeLorean Motor Company, a venture that ended in scandal, bankruptcy and arrest. In 1982, DeLorean was charged with cocaine trafficking, but was later exonerated. DeLorean produced the DMC-12 sports car which was made famous by the "Back to the Future" film franchise. Prior to founding his own car company John had an extremely successful career at General Motors. At General Motors DeLorean was responsible for designing iconic vehicles such as the Pontiac GTO muscle car, the Chevrolet Vega, the Pontiac Firebird, and the Pontiac Grand Prix. John died in March 2005.

John DeLorean was an engineer, inventor, and automobile industry executive, known for founding the DeLorean Motor Company and for being the youngest-ever division head at General Motors. Over his career, he oversaw the development of numerous classic vehicles, including the Pontiac Firebird, the Pontiac GTO muscle car, and the DMC DeLorean, which achieved iconic status after appearing in the 1985 film "Back to the Future."

Early Life and Education: John DeLorean was born in 1925 in Detroit, Michigan as the eldest of four sons. His father, Zachary, was a Romanian immigrant who worked in a mill factory, while his mother, Kathryn, was a Hungarian immigrant who was employed at General Electric. Due to Zachary's frequent violent episodes, Kathryn took the children to live with her sister in Los Angeles, where they stayed intermittently over the years. In 1942, DeLorean's parents divorced.

As a youth, DeLorean attended public grade schools in Detroit, and then enrolled at Cass Technical High School. While there, his academic record and musical talents garnered him a scholarship at Lawrence Institute of Technology, a college that had been attended by many top engineers in the automobile industry. In 1943, DeLorean's studies were interrupted by World War II, and he was subsequently drafted for military service. After serving for three years in the Army, he was honorably discharged, and returned to Detroit, where he worked for the Public Lighting Commission and completed his degree at Lawrence. Rather than immediately enter the engineering workforce, DeLorean sold life insurance for a while, and then worked for the Factory Equipment Corporation. After briefly attending the Detroit College of Law, he went to the Chrysler Institute, graduating with a master's degree in automotive engineering. 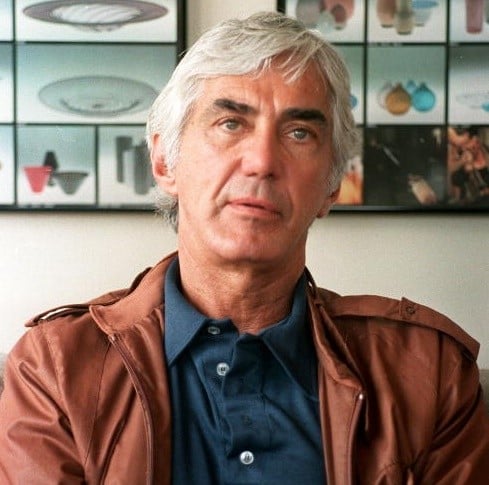 Packard Motor Company: Following a stint at Chrysler that lasted less than a year, DeLorean joined Packard Motor Company in 1953. Under engineer Forest McFarland, DeLorean attracted recognition for his improvements to the Ultramatic automatic transmission. After four years at Packard, DeLorean became McFarland's successor as the head of research and development. In 1954, the company was merged with Studebaker Corporation in an effort to better compete with Ford and General Motors. Although DeLorean considered moving to the Studebaker headquarters, he instead took a job offer from vice president of engineering at General Motors, Oliver K. Kelley.

General Motors: In 1956, DeLorean joined GM's Pontiac division as an assistant to general manager Semon Knudsen and chief engineer Pete Estes. DeLorean was enormously successful for his engineering at GM, producing a myriad of patented innovations over his years of work; as a result, he was promoted to division chief engineer in 1961. Among DeLorean's most famous achievements at GM was the Pontiac GTO, which he helped conceptualize, engineer, and market. Seen as the golden boy of Pontiac, he was promoted to head the entire Pontiac division in 1965. At 40 years of age, DeLorean became the youngest division head in the history of GM. He subsequently developed other future classic vehicles such as the Firebird and the Grand Prix luxury car.

In 1969, DeLorean was again promoted, this time to head the prestigious Chevrolet division. Although Chevrolet was experiencing organizational and financial troubles when he was appointed, DeLorean helped the brand achieve record sales by 1971. The next year, General Motors Assembly Division took over the Chevrolet assembly plant in Lordstown, with the aim of cutting costs and workers. As a result, workers began intentionally slowing the line and leaving off parts, and a one-month strike ensued. DeLorean regrouped in 1973, managing good sales of the flagship Vega model. However, although he was now the vice president of car and truck production for the entire GM line, DeLorean announced his resignation in April of 1973, citing disagreement over the direction the company was taking.

Drug Arrest and Legal Troubles: In 1982, when his company was insolvent, DeLorean was charged with trafficking cocaine after FBI informant James Hoffman caught him in a sting operation. During his trial, DeLorean successfully defended himself by arguing that the FBI and DEA had unfairly targeted and illegally entrapped him. In August of 1984, DeLorean was found not guilty.

DeLorean ran into more legal trouble in 1985, when he was indicted on charges of defrauding investors and committing tax evasion. Ultimately, he was acquitted of all charges.

Personal Life: DeLorean was married a total of four times. The first marriage, to Elizabeth Higgins, lasted from 1954 to 1969. He then wed actress and model Kelly Harmon, whom he divorced in 1972. The following year, DeLorean wed Cristina Ferrare; they adopted a son, Zachary, and had a daughter, Kathryn Ann. The couple divorced in 1985. Finally, DeLorean married Sally Baldwin in 2002. Together, they had a daughter, Sheila, and lived in Morristown, New Jersey.

In 2005, at the age of 80, DeLorean passed away from a stroke at Overlook Hospital in Summit, New Jersey. His remains are buried at the White Chapel Cemetery in Troy, Michigan, where his tombstone bears a depiction of his DeLorean sports car with the doors open. 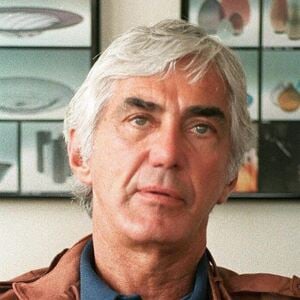