John Carmack Net Worth and Salary: John is an American game programmer who is famous for founding id Software who has a net worth of $50 million. He was the main programmer for popular games such as Rage, Doom, Quake and Commander Keen. John grew up in Kansas City and was the son of Stan Carmack, who was the local news reporter. His interest in computers began to show at a very early age. At the age of 14, he and a group of kids broke into school to steal Apple 11 computers. They were caught, and John was sent for psychiatric evaluation. He was sentenced to one year in a juvenile home. He went ahead to join the University of Missouri, Kansas City, but was only there for two semesters as he chose to drop out and become a freelance programmer. A company called Softdisk eventually hired John. It was at this company that he met several future id Software collaborators. In 1990, while still working at Softdisk, John and other members of the team put together the very first of the Commander Keen games. After the launch of Commander Keen, John and three partners from Softdisk left the company to start id Software. id Software would go on to make significant developments in the video game technology world, most notably influencing the Doom, Quake and Wolfenstein franchises. id helped create the first-person-shooter video game genre with the release of Wolfenstein 3D in 1992. In June 2009 ZeniMax Media acquired id Software for $150 million. It's estimated that John owned 1/3 of id Software at the time of the sale, which would have translated into a $50 million pre-tax windfall. Though it should be noted that in 2017 John sued ZeniMax claiming that the company refused to pay him $22.5 million owed from the sale of id Software. In October 2018, John announced that ZeniMax had "fully satisfied their obligations".

He has been key in the gaming industry for his popularization of many gaming techniques, as well as him pioneering some of them. Most of John's work has been licensed for use in popular games such as Call of Duty. During a vacation with his wife, John happened to play some games on his phone, and decided that he would love to invent good quality games for mobile phones.

In 2013 Carmack was named CTO of Oculus VR. A month later he resigned from id Software. In March 2014, Facebook acquired Oculus for $2 billion. ZeniMax would later sue Oculus and Facebook, alleging that Oculus Rift was the product of intellectual property developed by Carmack and therefore owned by ZeniMax. Facebook was ordered to pay ZeniMax $500 million. 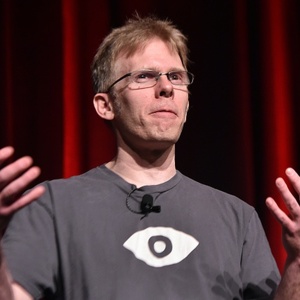