What is Joe Giudice's Net Worth?

Joe Giudice is an American reality television personality and entrepreneur who has a net worth of $200,000. Giudice is probably best known as the former husband of Teresa Giudice, who appeared in shows such as "The Real Housewives of New Jersey" and "The Celebrity Apprentice 5." As a result of his wife's entertainment career, Joe rose to prominence and was occasionally featured in these shows.

After a series of legal issues that ultimately resulted in Joe serving 41 months in prison, he was eventually deported from the United States back to his native Italy.

Giuseppe "Joe" Giudice was born on May 22nd of 1972 in Saronno, Italy. Giuseppe moved with his parents to Paterson, New Jersey at the age of one. Soon afterward, his name was changed to a more anglicized "Joe." After establishing himself in New Jersey, Joe established a number of businesses in New Jersey. These included a construction company, a laundromat, and a pizza parlor.

Despite opening several businesses in his earlier years, Joe eventually began to rely on Teresa's income after her success in the entertainment world.

In 1999, Joe Giudice married Teresa, whose maiden name was Gorga at that point. Over the course of their relationship, they had four children together. The couple's legal issues seem to have put a strain on their relationship, as they eventually divorced in 2019 after 20 years of marriage. This coincided with Joe's deportation to Italy. In 2020, their divorce was finalized. 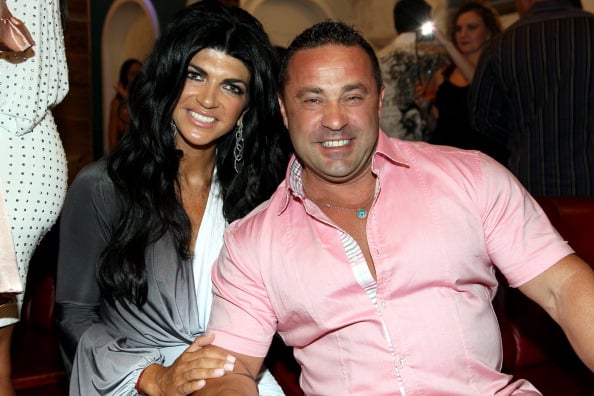 Joe and his wife first filed for divorce in 2009. At one point, they were planning to auction off their furniture, but they decided against it. In 2010, the couple did a complete U-turn, canceling their bankruptcy altogether. However, this would prove to be a temporary respite, as they eventually filed for bankruptcy once again in 2011. In their bankruptcy filing, Joe claimed to have negligible assets and more than $11 million worth of debt.

Joe has had a number of past run-ins with the law. Even before his fraud controversy, he had amassed a considerable rap sheet, which included arrests for driving with a suspended license, reckless driving, and fraudulently obtaining a driver's license. For driving with a suspended license, Joe was sentenced to ten days in jail, community service and was forced to pay a fine of $1,000.

In 2013, both Joe and Teresa Giudice were indicted with 39 counts of conspiracy to commit mail fraud, bank fraud, wire fraud, bankruptcy fraud, and making false statements on loan applications. Both Teresa and Joe faced a maximum of 50 years in jail and Joe, who is not a US citizen, could be deported back to Italy. In the indictment, the government claims Joe and Teresa overstated their incomes to receive roughly $4.6 million in mortgages and lines of credit. They allegedly under-stated their income and net worth while filing for bankruptcy protection.

Although they were initially intent on pleading not guilty, Joe and Teresa eventually entered a guilty plea to 41 counts of fraud. They were able to strike a deal with federal prosecutors. Teresa served 15 months in prison, while Joe was sentenced to 41 months and was then deported to Italy. Joe served his sentence and was ultimately deported from the United States. In addition, the couple was ordered to pay $414,000 in restitution.

In the aftermath of their criminal charges, the couple's primary residence went into foreclosure. An additional summer home also went into foreclosure. Since returning to Italy, Joe has petitioned to return to the United States on a number of occasions. In 2020, it was reported that his third appeal had been denied, and it seems as though he will not be allowed to return to the United States.

In 2008, Teresa and Joe built a nearly 10,000 square foot mansion in Montville, New Jersey. The estate features six bedrooms, five bathrooms, a Cinderella staircase, a gigantic chandelier, and a swimming pool. In 2014, at the height of her legal troubles, Teresa listed this home for sale for $4 million. In September 2020 she put it back on the market for $2.5 million. She lowered the asking price to $2.25 million in January 2021. A year later she lowered the price to $1.999 million. Joe is still technically a partial owner of this mansion: 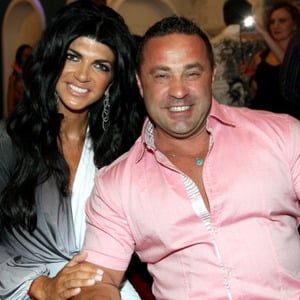