Jim Toth Net Worth: Jim Toth is an American talent agent and actor who has a net worth of $4 million. Jim Toth was born in 1970. He is best known for being married to actress Reese Witherspoon since 2011. Toth appeared in two episodes of the TV series According to Jim in 2004 as a golfer.

He was thanked in the movies The Iceman and Dallas Buyers Club. Toth graduated from Loyola Marymount University. He is head of motion picture talent at Creative Artists Agency in Los Angeles, California. Toth's clients include Matthew McConaughey and Mary Elizabeth Winstead. Toth became engaged to Reese Witherspoon in 2010 and the two were married in 2011. They had their first child in 2012. In 2013 Toth and Witherspoon were pulled over and he was arrested and charged with driving under the influence. He was ordered to complete community service and serve one year of probation. 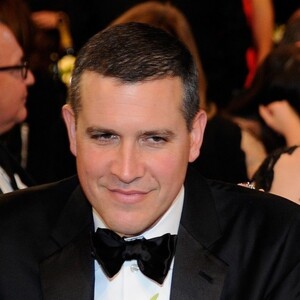