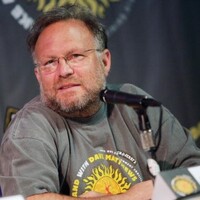 What Is Jerry Greenfield's Net Worth?

Jerry Greenfield is an American businessman, activist, and entrepreneur who has a net worth of $150 million. Greenfield is best known for being the co-founder (with Ben Cohen) of the Vermont-based ice cream company Ben & Jerry's. They started Ben & Jerry's with $8,000 in savings and a $4,000 bank loan. Since opening their first shop in the late '70s, Ben & Jerry's has expanded to more than 600 shops. Today Ben & Jerry's earns roughly $700 million annually. In 2000, the company was purchased by the food giant Unilever for $326 million. At that point, annual earnings were $237 million.

In 1995, Greenfield and Cohen created the Ben & Jerry's Foundation, a social justice organization that was established to "fund organizations here in Vermont and around the country that are working for progressive social change." In 1988, Ben and Jerry were named U.S. Small Business Persons of the Year by the U.S. Small Business Administration. The duo has published the books "Ben & Jerry's Homemade Ice Cream & Dessert Book" (1987) and "Ben & Jerry's Double Dip: How to Run a Values Led Business and Make Money Too" (1997).

Jerry Greenfield was born on March 14, 1951, in Brooklyn, New York. He is from a Jewish family, and he was raised on Long Island. Jerry met Ben Cohen in a middle school gym class in 1963, and they both attended Sanford H. Calhoun High School. After graduating from high school, Greenfield enrolled at Ohio's Oberlin College, where he studied a pre-med curriculum and worked in the cafeteria as an ice cream scooper. He graduated in 1973 but didn't get into medical school, so he returned to New York and moved in with Cohen. Jerry took a job as a lab technician, and in 1974, he moved to North Carolina with his then-girlfriend Elizabeth Skarie after failing to get into medical school again.

Greenfield and Cohen initially wanted to open a bagel shop, but after realizing how expensive the equipment was, they took an ice cream making course at Pennsylvania State University that cost $5. They opened Ben & Jerry's Homemade Ice Cream Parlor in May 1978, and their first location was in the college town of Burlington, Vermont, which didn't have an ice cream shop. Ben and Jerry each put in $4,000 to start the business, and they got a $4,000 bank loan as well. Cohen suffers from anosmia, which limits his taste and smell, and this led to the signature chunks Ben and Jerry's ice cream is known for. He told "Delish" in 2021, "When Jerry and I first started creating the flavors [in the 1970s], he'd give me something to taste. He'd say, 'Well, how do you like it?' I said, 'It's good. But I can't tell what flavor it is.' So he would just keep on adding more flavoring until I could guess." 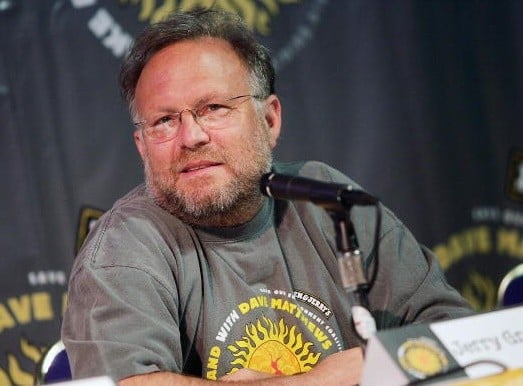 In 1980, Greenfield and Cohen began selling pints of their ice cream in grocery stores, and by 1987, the company was worth $30 million. The first franchised Ben & Jerry's shop opened in 1981 in Shelburne, Vermont, and as of 2019, there were 615 Ben & Jerry's locations. The company is known for flavors such as Stephen Colbert's AmeriCone Dream, Half Baked, Phish Food, Chunky Monkey, and Cherry Garcia, and they use ingredients that are fairtrade certified, non-GMO, and from Certified Humane cage-free farms. Since Unilever bought Ben & Jerry's in 2000, Greenfield and Cohen have not been involved in management or operations of the company. In an interview with "The Boston Phoenix," Jerry stated, "We have no responsibility, no authority, and very little influence….It's very different. We're somewhat goodwill ambassadors for the company, which I like, because — and I think this is true for Ben — we both want to help promote the values of the company, not simply to sell more ice cream, but the other things that the company stands for and works for."

In the '80s, Greenfield left Ben & Jerry's to move to Arizona with Skarie while she worked toward a Ph.D. in psychology, and after they moved back to Vermont in 1985, he became the company's Director of Mobile Promotions. Jerry and Elizabeth married in 1987, and they welcomed a son, Tyrone, the following year. Greenfield and Cohen are known for supporting social causes and philanthropic efforts, and the Ben & Jerry's Foundation has helped organizations such as The Street Vendor Project, Denver Homeless Out Loud, RISE St. James, and the Anti Displacement Project.

In 2016, the pair was arrested at a Washington, D.C. Democracy Awakening protest. Ben & Jerry's released a statement about the arrest on their website, writing, "Jerry and Ben and hundreds of others felt that they had to do something more, once the marches and the speeches came to an end. As Ben said, there's a powerful legacy of direct action in this country. From mass protests like the March on Washington and 2014's People's Climate March in NYC, to incredibly powerful if quieter and more personal actions like the 1960 Woolworth sit-ins started by four African-American students in Greensboro, North Carolina, or the protest against Shell Oil's plan to drill in the arctic by kayakers in Seattle. Sometimes, when something really matters, you have to put your body on the line. You have to take a stand." In July 2021, Greenfield and Cohen announced that they were supporting the boycott of sales of their ice cream in Israeli settlements in the West Bank's occupied Palestinian territories and wrote an op-ed for the "New York Times" in which they stated, "While we no longer have any operational control of the company we founded in 1978, we're proud of its action and believe it is on the right side of history."