Born on November 20, 1939 in Chicago Heights, Illinois, he started his career in professional basketball with the Chicago Bulls, working as a marketing director, scout and assistant to the president of the team. Since, he has become known for his no-nonsense ownership style. When the personal issues of some players, like the Suns' Dennis Johnson and Jason Kidd, became public they have been either traded or released. As a sports executive, Jerry Colangelo played a key role in the relocation of the NHL's Winnipeg Jets to Phoenix to become the Phoenix Coyotes. Furthermore, he was named director of the USA Basketball team in 2005 when they represented the United States in the 2008 Beijing Olympics and 2010 FIBA World Championship. A great philanthropist, Jerry Colangelo serves as Chairman of the National Italian American Foundation (NIAF), a nonprofit nonpartisan educational foundation that promotes Italian American culture and heritage. 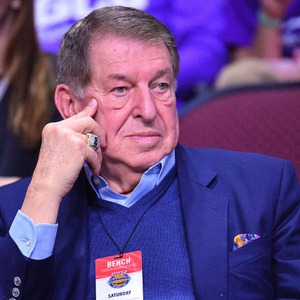