Jeff Vinik net worth: Jeff Vinik is an American businessman who has a net worth of $600 million. Jeff Vinik was born in Deal, New Jersey in March 1959. He is the owner of the National Hockey League team the Tampa Bay Lightning. Vinik is also a minority owner of the Major League Baseball team the Boston Red Sox. From 2010 to 2013 he served on the board of directors of the Premier League soccer team Liverpool Football Club. Jeff Vinik graduated from Duke University and Harvard Business School. From 1992 to 1996 he managed the Fidelity Magellan Fund. He then started the hedge fund Vinik Asset Management before closing it down in 2013 and distributing $9 billion in assets. He purchased the Lightning in 2010 from Oren Koules and Len Barrie, paying $170 million. He then purchased the Tampa Bay Storm arena football team in 2011 but it folded in 2017. Vinik has donated millions to Duke and also to build a Jewish Community Center in Tampa. 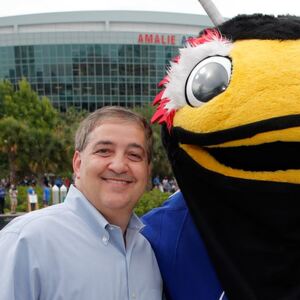