What is Jeanie Buss' Net Worth?

Jeanie Buss is the daughter of late Los Angeles Lakers owner Jerry Buss and the President and controlling owner of the team. Jeanie Buss has a net worth of $500 million. She began her career at the age of 19 when she became the general manager of the Los Angeles Strings, a professional tennis team. After becoming the owner of a roller hockey team called the Los Angeles Blades, she became the president of the Great Western Forum. Following this, she became vice president of the Lakers after the passing of her father.

Although controlling ownership of the NBA team fell to each of Jerry's six children, Buss was the one who took a strong leadership role at the organization, becoming the team president. She also represents the Lakers on the NBA's Board of Governors. Initially, all six of Jerry's children had an equal vote when it came to controlling ownership of the Lakers. Buss' reign as the Lakers' owner has been successful, and in 2020 she led the team to an NBA championship title.

Jeanie Marie Buss was born on September 26th of 1961 in Santa Monica, California. Raised alongside three siblings by Joann and Jerry Buss, Jeanie was still quite young when her father started to become successful in the real estate world. During the 1960s, Jerry invested in a West Los Angeles apartment building. This would spark a string of successful real estate ventures for the physical chemistry Ph.D graduate. Eventually, Jerry Buss and his business partner Frank Mariani formed Mariani-Buss Associates, a real estate investment company.

Although Jerry eventually sold his controlling interest in the Kings, he remained focused on closely managing the Lakers. As part of his string of sports-related acquisitions, Buss also purchased The Forum for $67.5 million. Under Buss' ownership, the Lakers won ten championships and collected an all-star squad that included James Worthy, Magic Johnson, Shaquille O'Neal, and Kobe Bryant. Jerry played a major role in building the Lakers into a franchise worth $1 billion.

While learning the ropes of business and sports management from her father, Jeanie also attended college. She enrolled at the University of Southern California and eventually graduated with honors after majoring in business. During her college years, Jerry appointed the 19-year-old Jeanie as the new manager of the Los Angeles Strings. After becoming the owner of the Los Angeles Blades in Roller Hockey International, Jeanie spent four years as the president of the Great Western Forum – the Lakers' stadium at the time.

Eventually, she proved her business instincts to Jerry, who planned to have her take over the business side of the Lakers while her brother Jim handled the sports-related decisions. By 2005, she had become one of the most influential women in sports. After Jerry's passing in 2013, Buss eventually fired both General Manager Mitch Kupchak and her brother Jim, who was serving as VP of Basketball Operations. 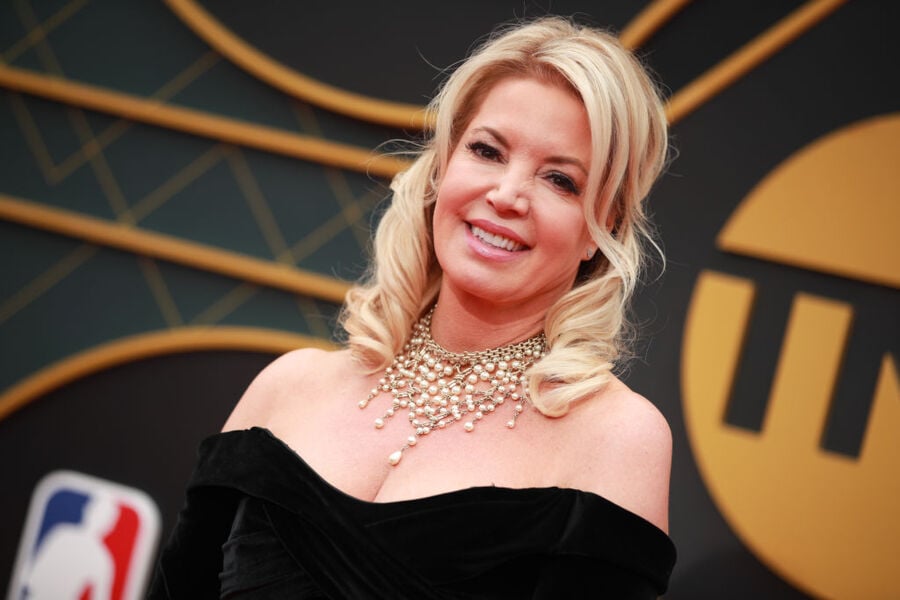 In 2017, Jeanie's brother Johnny moved to take control of The Lakers away from his sister. After an extended battle, the coup ended with Jeanie taking even greater control of the team. She is now 100% in charge of all Laker decisions for the family.

After marrying professional volleyball player Steve Timmons in 1990, Jeanie decided to divorce him after three years. She explained that she put her career ahead of her marriage. After posing nude for "Playboy," she became engaged to Phil Jackson, the former head coach of the Lakers. In 2016, the pair announced that they were no longer planning to go through with the marriage. 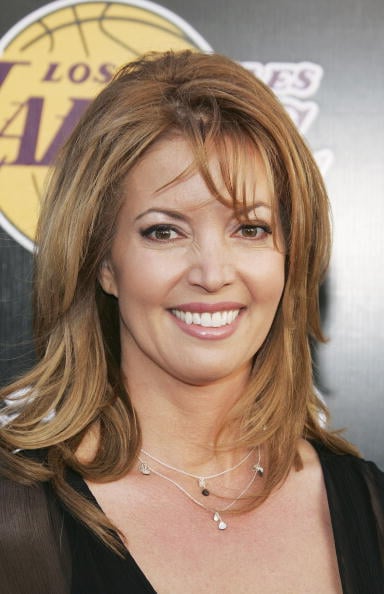 In 2019, it was reported that Buss had sold her home in Playa Vista for $2.575 million. She had originally purchased the property for $2.45 million back in 2017. Although the house was originally listed for $225,000 more than the final selling price, she accepted the price cut.

That being said, Buss did put some work into the place after buying it two years prior in an effort to make it a more attractive prospect for future buyers. A quick splash of neutral paint and modern fixtures helped spruce it up before the property was put back on the market. In total, her former Playa Vista home spans almost 3,200 square feet of living space and lies on a corner lot. Further features include a flagstone patio, French doors, and a three-car garage. Buss allegedly owns another property in Playa Vista as well, and she reportedly purchased this four-bedroom condo in 2018.

In 2020, Jeanie acquired a new property in the Playa del Rey neighborhood of Los Angeles. She paid $2.6 million for the residence, which conveniently lies just a few miles from Los Angeles International Airport. Notable features of the four-bedroom, waterfront property include a pool, a spa, and a gym. The 2,200-square-foot home also lies within the Breakers complex, a gated community within the Playa del Rey area. Although Buss had purchased a number of properties throughout the LA area in the past, this latest acquisition was her first waterfront residence. 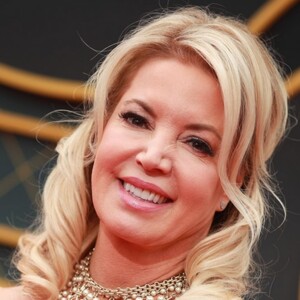