What is Jawed Karim's net worth?

Jawed Karim is an internet entrepreneur who has a net worth of $300 million. Jawed Karim is most famous for being a co-founder of YouTube After the sale of YouTube to Google, Jawed launched a venture capital fund which has made a number of early and successful investments. Jawed was one of the first outside investors in Airbnb, participating in the company's April 2009 initial seed round.

Jawed Karim was born on October 28,, 1979 in Merseburg, East Germany. He is of Bangladeshi ethnicity. When he was two years old, Jawed and his family crossed the East-West German border to escape communist xenophobia.

In 1992 the family moved to the United States. His father, a researcher, took a job at 3M and his mother, a scientist, became a professor at the University of Minnesota.

Jawed attended Central High School in Saint Paul, Minnesota. He then enrolled at the University of Illinois at Urbana-Champaign to study Computer Science. Not coincidentally, this is the same school where Marc Andreeson developed one of the first user-friendly web browsers, which eventually became Netscape.

In his junior year, Jawed dropped out to take a job as one of the early employees of a little Silicon Valley startup called PayPal. He actually continued his undergraduate coursework in his free time by taking some online classes and some additional in-person classes at Santa Clara University.

Two of Jawed's co-workers at PayPal were Chad Hurley and Steve Chen.

According to legend, it was Jawed who pitched the initial idea for a website where people could upload and share videos.

Jawed developed the YouTube concept and coded the first version of the website which was launched in February 2005. He also has the distinction of starring in the very first video ever uploaded to Youtube. The video, titled "Me at the zoo", was shot by a friend named Yakov Lapitsky during a trip to the San Diego Zoo. The 19 second video shows Jawed standing in front of a group of elephants briefly describing the elephant's trunks. It was uploaded to Youtube by the username "Jawed" at 8:27 pm on Saturday, April 23, 2005:

Me At The Zoo:

Amazingly, just after co-founding YouTube, Jawed opted to leave the startup so he could enroll in graduate school at Stanford University. As a result, he accepted a smaller equity stake compared to his co-founders.

Chad Hurley and Steve Chen proceeded to turn Youtube into the world changing media empire that we all know and use today.

Despite leaving the company, Jawed still owned a fairly significant percentage of YouTube by the time it was sold to Google in October 2006. Google bought YouTube for $1.65 billion worth of stock.

Jawed received 137,443 shares of Google which were worth $64 million on the day the deal closed. Thanks to Google's continued success and rising stock price, today those shares are worth more than $350 million today, pre-tax… assuming he hasn't sold any shares.

Steve Chen and Chad Hurley each received roughly 700,000 shares of Google which were worth $345 million on the day the deal closed. Today those shares would be worth just under $2 billion if no shares were ever sold.

In March 2008, Jawed, Keith Rabois and Kevin Hartz launched a venture capital fund they called Youniversity Ventures, aka YVentures. Through YVentures Jawed participated in Airbnb's seed investment round in April 2009. Their fund has also invested in Reddit, Eventbrite and Palantir. 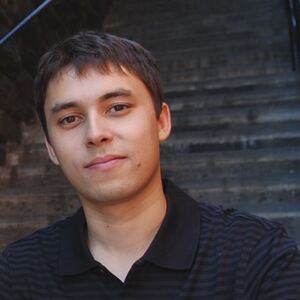