Janet Roach net worth: Janet Roach is an Australian property developer and reality television personality who has a net worth of $25 million dollars. She is one of the cast members of the hit reality series, The Real Housewives of Melbourne. Roach is a self-made woman who has made her money in property development.

She is twice divorced and has two boys (Paul and Jake) and three step-children from her second marriage – she and the children still maintain a close relationship. Her youngest son, Jake, was badly burnt in a fire at a party in his twenties and suffered third-degree burns to seventy percent of his body; he barely survived the accident. Roach's first husband owned the famous Chasers Nightclub that is now the popular club, Love Machine – her son Paul is currently running that nightclub. As a successful property developer, her recent projects include a massive over-55 lifestyle village in Mildura, Australia and her work as a renovator when sprucing up her Red Hill property, where she currently resides. She is an avid auction hunter and attends annual actions to bid on precious gems and antiques to sit in her Red Hill property. Janet has also started her very own charitable foundation in conjunction with her son Jake and launched a new venture called Raw Essentials -– a medicinal tea range from which a portion of all sales will aid in the treatment of burns patients scarring. 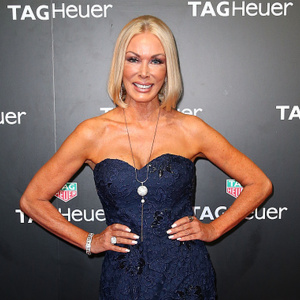