James Marchese net worth: James Marchese is a reality television personality and pharmaceutical sales representative who has a net worth of $3 million. His wife, Amber Marchese, became a cast member in season six of The Real Housewives of New Jersey, and James is a former sales rep for Cell Theraputics who was recently awarded a $1.6 million judgment for exposing his company for a drug marketing fraud scheme.

In an interesting twist in the case, the Justice Department tried to prevent him from receiving the money because he did not report the scheme until he became angry with the company because of being passed over for a promotion. In order for Marchese to be denied money, the prosecution had to be able to prove that Marchese was a planner or initiator in the scheme, which they could not. When the charges were settled against Cell Therapeutics, the company did not admit to any wrongdoing and it continues to dispute the accusations. The amount the Judge awarded to Marchese was limited to fifteen percent. Marchese and his wife, Amber Marchese, have four children: Amber is the biological mother to Corbin and Isabella, and she also has two stepchildren, Michael and Sebastian who are James' children from a previous relationship. He currently works as the President of a bank that handles mortgage-backed securities in New Jersey. 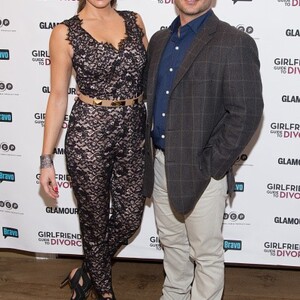