How much is Jacqueline Walters Worth?

Jacqueline Walters net worth: Jacqueline Walters is an American doctor and reality television star who has a net worth of $3 million. Jacqueline Walters is a successful Atlanta-based OBGYN who has worked with celebrities like Usher, T.I. and Toni Braxton. After graduating from Alcorn State University, Jacqueline attended the University of Mississippi's medical school then attended Mercy University in Macon, Georgia for her OBGYN residency. Jacqueline is one of the stars of the Bravo reality television show Married to Medicine. The show follows a group of successful and glamorous women who are either doctors themselves or married to doctors in Atlanta. After surviving two breast cancer scares, Walters became very interested in healthy living. She eats a strict healthy diet and exercises frequently. Her motto, "Thin is In" follows her everywhere and has been seen by friends and critics as sometimes vain and somewhat obsessive. Jacqueline's husband Curtis has a daughter named Kursten who she considers her own child. Jacqueline Walters is currently a comprehensive women's healthcare associate at the Atlanta Women's Health Group. She is also an extremely active advocate for breast cancer awareness and a member of the American Medical Association, the Medical Association of Georgia, and the American College of Obstetricians & Gynecologists. 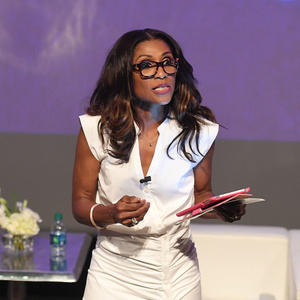