Jacob Busch net worth: Jacob Busch is an American businessman who has a net worth of $100 million. Jacob Busch is an heir to the Anheuser-Busch fortune. He first became notable after being romantically linked to Adrienne Maloof, one of the stars of The Real Housewives of Beverly Hills star and a Palms casino mogul. At the time they dated he was 29 and she was 58. In September 2020 he earned headlines after being revealed as actress Rebel Wilson's boyfriend. Once again he is dating an older woman. Rebel is 11 years older than Jacob. Jacob's great-great-grandfather, Adolphus Busch, co-founded the Anheuser-Busch brewery back in 1852.

Jacob studied International Business and Entrepreneurship at St. Louis University. He is said to be involved with the product Party Pass Breathalyzer from Runaway Productions. He is a West Coast ambassador of The Peter W. Busch Foundation to benefit The Busch Wildlife Sanctuary, the Cystic Fibrosis Foundation, and The Boys and Girls Club. Busch also works with Mission Save Her to fight sexual and human trafficking. 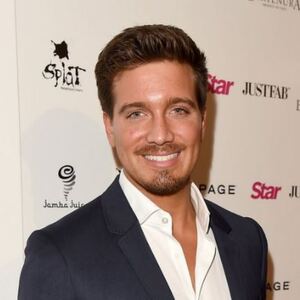