How much is Jack Hoffman Worth?

Jack Hoffman net worth: Jack Hoffman is an American gold miner and reality television star who has a net worth of $4 million. Jack Hoffman has earned his net worth as a gold miner in the state of Alaska for over twenty-five years. Hoffman is from Sandy, Oregon, he is ex-military as well as a Bush pilot which is one of the primary ways to get into the Alaskan tundra. Hoffman is a self-made man who is driven by his quest to find gold, and he will do whatever it takes to accomplish his dream. Jack served in the military and he is active in his local church, currently 65 years of age he is a sure shot with a rifle and arguably the most skillful machine operator on the team. Jack Hoffman is truly a man on a mission, in season one of the reality television series Gold Rush which airs on the Discovery Channel Jack joined his son Todd on a mission to find gold. The show has been renewed for a third season, and you can also see re-runs on the TLC network. You can catch Jack Hoffman's spirit on his "No Guts No Glory" channel on YouTube. He and his family recently sold their airport and property in Sandy, Oregon to have an adventure in Alaska to fine gold. 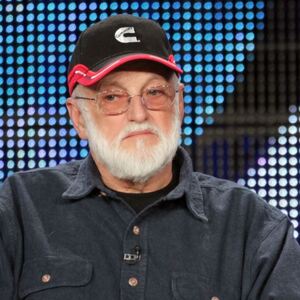