Jacinto Ng Sr. Net Worth: Jacinto Ng Sr. is a Filipino businessman who has a net worth of $230 million. The main source of Jacinto Ng Sr.'s fortune is Republic Biscuit Corp. which he started back in 1963 in a tiny, rented factory in Manila. Over the years, it has grown into one of the leading snack food companies in the Philippines, becoming popular for its cream-filled cracker sandwiches.

Jacinto Ng Sr. took the company public in May 2013, raising $192 million in the process. In addition, he partly derives his wealth from his biscuit maker called Rebisco, a privately-owned company that is launching a range of ready-to-eat meals. Furthermore, he holds shares in the property arm Extraordinary Group, which is building low-cost apartments for $8,000 each. Also an owner of a hotel outfit Quantuvis that runs the Oakwood brand of serviced apartments in Manila, Jacinto Ng Sr. has stakes in Sy's listed property units Belle Corp and Highlands Prime. 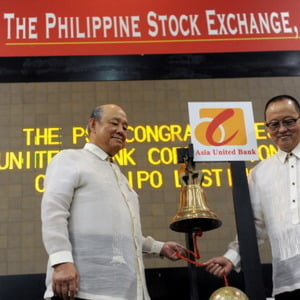