JP McManus net worth: JP McManus is an Irish businessman and racehorse owner who has a net worth of $1 billion. He was born in Limerick, Ireland on March 10, 1951 and began his business career his family's construction plant. Soon after, he became an on-course bookmaker at Limerick's greyhound racetrack, the Market's Field and began to find his passion.

In 1982, he and his wife, Noreen, bought Martinstown Stud on over 400 acres in County Limerick and he also purchased his first horse, "Cill Dara. From there he went on to build the empire he has today that boasts 400 horses in training. McManus' first win was a horse called "Mister Donovan" at Cheltenham. The most famous of his horses is "Istabraq," a three-time winner of the Champion Hurdle. McManus retains an eighteen-time champion jockey, Tony McCoy, as his stable jockey and the former champion jockey, Jonjo O'Neill, also trains some of his horses at the Jackdaws Castle facility that McManus also owns. Aside from his work as a racehorse owner, a significant amount of McManus' wealth has actually been derived as a private foreign exchange trader, which he oversees from a small office in Geneva, Switzerland. Geneva is also his official city of residence and where he spends a bulk of his time. In late 2008, McManus was diagnosed with cancer. Fortunately, after receiving treatment in the United States, he is still in remission. McManus is actively involved in charity in his hometown of Limerick. In 1996, McManus established the J. P. McManus Scholarship Award which provides €6,750 each year for third level education to eight selected students at his former secondary school C.B.S. Sexton Street in Limerick. He also organizes the J. P. McManus Invitation Pro-Am golf tournament in Limerick to raise funds for Limerick charities. In July 2012, McManus also donated over €1 million to the Daughters of Charity foundation. 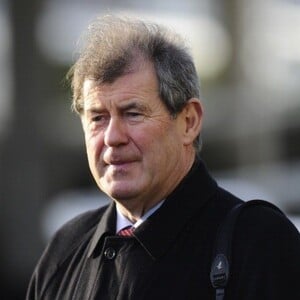