Ivan Massow net worth: Ivan Massow is a British financial services, entrepreneur as well as gay rights campaigner and media personality, who has a worth of $7 million. Born as Ivan Field on in Braghton, East Sussex, he had poor relationship with his father and stepfather. Hence he was adopted by Mr John Massow. He was born dyslexic as a child. He abandoned his school at the age of 16 and studied BTEC in art and design at Eastbourne. He moved to London in 1990 and started running his own financial services oriented business.

He started Bowater Financial Services Ltd with sum of money less than £5000 which was initially known as Bowater Massow in 1990. The financial services was specially targeted to serve gay people– with very reasonable and cheap charges– who would be otherwise be charged maximum for insurance and mortgage expenses as a form of discrimination based on their nature of sexuality. His company soon got widespread attention and attracted huge crowds of customers and hence expanded in the process. He had already become a millionaire by the year 2000. His company merged with Rainbow Finance of Oxford, another gay-oriented finance company in the year 2000 and it made his company one of the biggest independent financial firms in the United Kingdom.

He was nominated as the Chairman of the Institute of Contemporary arts in London in 1999. However, subsequently on 2002 he left the seat. He had keen interest in politics since his childhood and he currently has been elected as the head of the Conservative Technology Initiative for London. He also became the winning mentor on TV program Make Me a Million which was aired on Channel 4. 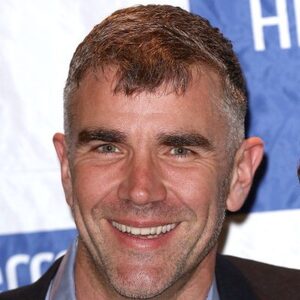