Hilary Weston Net Worth: Hilary Weston is an Irish born Canadian politician and businesswoman who has a net worth of $100 million. Hilary Weston was born in Dublin, Ireland in January 1942. She served as the 26th Lieutenant Governor of Ontario from 1997 to 2002. Hilary worked as a model and married Galen Weston in 1966.

The couple moved to Toronto, Canada in 1974 and she became a Canadian citizen. The couple had two children and four grandchildren. Before getting into politics Weston worked in business and the fashion industry. She was a deputy chair of Holt Renfrew and promoted Canadian design and merchandise. She also served as director for Brown Thomas & Co. in Ireland and co-founded Torwest in the United States, as well as serving as vice-chair and design director for the Windsor Club in Florida. She started the Ireland Fund of Canada in 1979 which funds community projects in Ireland promoting peace. She served as founding chair of the Mabin School in Toronto and co-founded and chaired the Canadian Environment Educational Foundation. She also started the Winter Garden Show at the Royal Agricultural Winter Fair and co-authored two best-selling books. Weston focused on women's issues, young people, homeless, and more during her five years as Lieutenant Governor. She helped earn over $250 million for the Royal Ontario Museum. 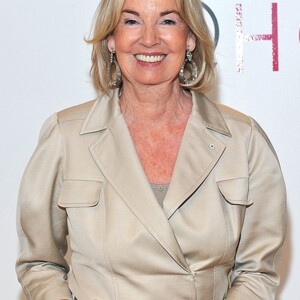