Hilary Devey Net Worth: Hilary Devey is an English entrepreneur and TV personality who has a net worth of $80 million. She has risen to riches thanks to her ability to recognize new opportunities and successfully combine business with TV personality glamour. Born on 10 March 1957 in Bolton, Lancashire, UK, she started her education at Bolton School in her native Lancashire.

Devey was still very young when she had no other choice but to witness a bad bankruptcy experience that her family had been going through. But thanks to that experience she became determined to succeed more than ever. Working at the air traffic control of Women's Royal Air Force, she got inspired to set up her first venture. Before even making herself famous for the role she acquired at the BBC "Two program Dragons' Den", and the Chanel 4 series of "The Intern", she made her first fortune base by introducing Pall-EX, a freight network in the market. This was part of a palletized network patent that was created in 1992 by the Palletline Company. Since it quickly spread through three networks covering the whole Lancashire region, this investment brought her more than $70 million a year. Once she let the above mentioned invention work in her favor she had time to progress into the TV presentation industry. Her expertise was credited in television programs such as "Channel 4's Secret Millionaire" where a donation of more than $350,000 made her stand out, and the "Business Inspector" supported by Channel 5, which enabled small businesses to profit from her unique knowledge and leadership advice skills. This woman, as she herself implied, "made her foot itch", which caused an immediate national and international recognition, indicated by her award in 2008 for the "Vitalise Woman of the Year" and a honored degree by the University of Law in Leicester, which exposes her lifetime determination to assist those who are in need in the endless campaign against bankruptcy.

Furthermore, she was appointed CBE in 2013 for her services to the transport industry and charity. 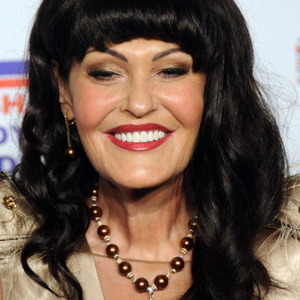