Gulnara Karimova Net Worth: Gulnara Karimova is the eldest daughter of the President of Uzbekistan, Islam Karimov, who has a net worth of $700 million. In addition to being a daughter of the most powerful man in the country, she is also a distinguished diplomat, professor and businessperson. Born Gulnara Islomovna Karimova on 8 July 1972 in Fergana, Uzbek SSR, she attended the Youth Mathematic Academy, from which she graduated in 1988.

Next, Gulnara obtained a Bachelor degree from the International Economics department in Tashkent State University. Still searching for her true calling, she went on to take a Jeweler Design course in New York Fashion Institute of Technology and completed it in 1992. But that's not certainly all as she pursued a Master's Degree at the Institute of Economy at the Uzbekistan Academy of Science between the 1994 and 1996. In the period from 1998 to 2000, she also attended Harvard University where she received a Master's Degree in Regional Studies. At the same time, Karimova managed to attend the University of World economy and Diplomacy (UWED) where she earned her PHD in Political Science. In 2006, she added a Bachelor of Arts in Telecommunications to her vast resume. Whereas two years later, she started to serve as the Uzbekistan's permanent representative to the UN in Geneva, a post that she held until 2011. At one point in 2010 she got the role of an ambassador of Spain to the Kingdom, another stint that came to an end in 2011. Finally, she founded the Forum of Cultures and Arts of Uzbekistan, a Foundations Board of Trustees and a number of NGOs, where she still serves as Chairperson. The main aim behind the Forum's inception is working on the improvement of various cultural and social aspects of the life in Uzbekistan. While speaking of her personal life, she got married to Mansur Maqsudi in 1991 and filed for divorce some 10 years later. The now divorced pair has two children, Islam and Iman.

Karimova, who has had her ups and downs in both work and life, now holds interests in the telecommunication sector, healthcare and media sector. That's what makes her one of the 10 richest women in Uzbekistan. 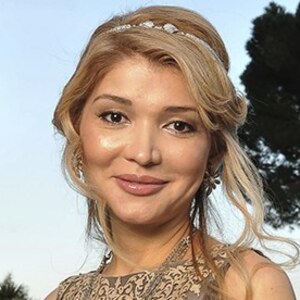