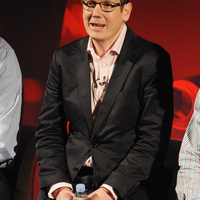 Graham Wylie Net Worth: Andrew William Graham Wylie is a British entrepreneur who has a net worth of $280 million. He accumulated his wealth as co-founder of the Sage Group, UK's largest software company today. The child of a Scottish miner, Wylie grew up in the Northern East of England. His great interest in technology made him obtain a Bachelor´s degree in Computing Science and Statistics from the Newcastle University. In 1981, one year upon his graduation, he co-founded the Sage Group with David Goldman and Paul Muller. At that time, he had already programmed the initial Sage accounts package by himself. The company quickly turned into a global financial software company that is now regarded to be the world's third-largest supplier of its kind. Wylie retired from Sage in 2003 and went on to found Technology Services Group, a company that he has expanded mainly by acquisition. The company provides IT services to thousands of businesses across the United Kingdom. Wylie´s fortune has allowed him to make special contributions to the community, one of them being the donation to the Sage Centre. His contributions to the North East region have also been acknowledged as he holds honorary doctorates from Northumbria University in 2000, as well as Newcastle University in 2004. Wylie got married with Andrea, his second wife, in 2003. Six years later were born his twin daughters, Zhara and Kiera, the latter of whom needed heart surgery. Thus, Wylie started the Children´s Heart Unit Fund at the Freeman hospital in Newcastle. A great fan of horse racing, Graham owns several race horses that he enjoys watching in his spare time.