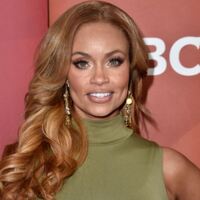 Gizelle Bryant net worth: Gizelle Bryant is an American reality television personality and socialite who has a net worth of $4 million. Gizelle Bryant is best known for being featured on the Bravo reality television series The Real Housewives of Potomac which premiered in January 2016.  She was raised in a very prominent and powerful DC family that inspired her passions to work in government and philanthropy. She graduated from Hampton University and then married megachurch pastor Jamal Bryant. Gizelle lived in Baltimore for seven years until the marriage fell apart and she moved back to Potomac with her three daughters Grace, Angel, and Adore. Bryant works with the Birmingham, Alabama city council helping generate funds for the city and raising money for charities. She is also working on a makeup line which launched in 2016. The makeup line is called EveryHue Beauty and focuses on creating products geared towards women of color.