What is George Peterson's net worth?

George Peterson is an American businessman and reality TV star who has a net worth of $20 million dollars. George Peterson is a real estate and land developer based in San Juan Capistrano, California. He gained fame after appearing on "The Real Housewives of Orange County" with his wife Lauri Peterson. Lauri was a full-time cast member for the first four seasons of "RHOC" and then made appearances in seasons 5 and 8.

Before they met, George had previously been married to a woman named Regina "Gina" Peterson. Lauri had been married to man named Phillip. Gina and George separated in 2002 and were officially divorced in 2004.

Lauri and George began dating during the show's second season. Lauri had been through a brutal divorce with her previous husband Phillip Waring, with whom she had two children, Josh and Sophie Waring. Lauri also has a daughter named Ashley from a different relationship.

After the divorce, Lauri was destitute. Her son Josh was struggling with substance problems and legal troubles.

In September 2007 George and Lauri married. Believe it or not, it was the first major reality wedding ceremony that was documented and televised. Reality marriages are now a main-stay of the genre.

She subsequently became stepmother to his four children from a previous relationship. 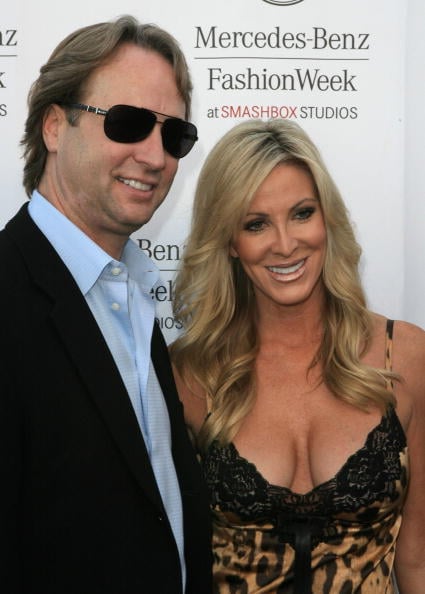 When he was married to Gina, George became the step-father to Gina's daughter Adriean. After they separated, Adriean lived in the home on her own for a period in the early 2000s when she was in her twenties.

According to a Los Angeles Times article, in September 2003, Orange County sheriff's deputies raided the home that George and Gina previously shared – a 5,000 square-foot mansion in Laguna Niguel – and arrested Adriean and several associates for allegedly operating an elaborate meth lab in the luxury mansion. Deputies reportedly found 50lbs of meth in ready-to-be-sold tablets and liquids. The seized drugs were worth more than $1 million.

In early 2008, it was reported that George had been forced to seek a court order to remove his ex-wife Gina from their former Laguna Niguel marital home.

At the time Gina was dating and living with former NBA star Dennis Rodman. Dennis and Gina were actually living in George and Gina's former marital home. Dennis was storing two cars and a pit bull at the property.

In April 2008, George was granted a temporary restraining order against Gina.

Just a few weeks later, Gina and Dennis got into a physical altercation at a hotel in Los Angeles that resulted in his arrest on suspicion of felony domestic battery. After his arrest, Rodman moved to Florida, leaving two cars and the pit bull at the home. One car was a tan H-1 Hummer with Rodman's likeness airbrushed on the back. The other was a white Mercedes with purple flames. Neither car was in working condition.

In July 2008 a judge ordered Gina to immediately remove Dennis' cars, dogs and any house guests from the Laguna Niguel mansion.

In 2016, Lauri's son Josh was arrested on charges that he allegedly stole a car and shot someone. He faced life in prison but accepted a plea deal, serving several years in prison. While in prison he was brutally attacked by a fellow inmate. He was released in 2020.

In 2015, George and Lauri adopted Josh's daughter Kennedy Waring while he was struggling with addition and legal troubles.

George and Lauri's primary home is a 3,500 square-foot mansion in San Juan Capistrano, California. George purchased the home in 2004 for $2.85 million. Today the home is likely worth $4-5 million.

After removing Gina Peterson and Dennis Rodman's belongings, George listed the Laguna Niguel mansion. The property was sold in September 2008 for $1.85 million. This same home was listed for sale in June 2021 for $3.9 million. 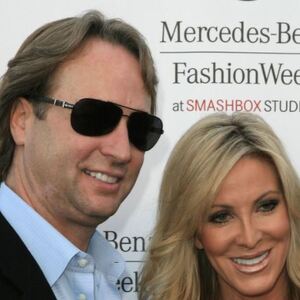