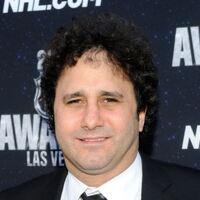 George Maloof Jr. net worth: George Maloof Jr. is an American entrepreneur who has a net worth of $500 million. George Maloof Jr. was born in Albuquerque, New Mexico on September 2, 1964. He's a member of the famed Maloof family, who own and operate a variety of businesses in the western United States. His father operated a Coors beer distributorship. In 1987, Maloof Jr. graduated from UNLV with a degree in casino management. He's the main force behind the construction and operation of the Palms Casino Resort in Las Vegas, and has overseen the running of hotels throughout the Southwest and West Coast. Some of his other hotels include the Fiesta Casino Hotel in Las Vegas, and the Central Palace Casino in Central City, Colorado. The Palms has hosted NBA All-Star weekend, the MTV Video Music Awards, and was the premiere site for "Ocean's 13". Along with his brothers, Maloof is a member of the Screen Actors Guild, and was in a series of commercials for Carl's Jr. George Maloof Jr. also used to be an owner of the Sacramento Kings before the Maloofs sold the team in 2013, and was the owner of the now defunct Sacramento Monarchs WNBA team.