How much is George Barris Worth?

George Barris net worth: George Barris is an American car designer who has a net worth of $10 million dollars. Born in Chicago, Illinois, George Barris grew up in Roseville, California, and became interested in model making while in high school. His model aircraft projects were especially successful and he won multiple awards. After he and his older brother were given a rundown car to use, they began rebuilding and customizing it. They sold the car for a profit, and began another custom job. Their work gained popularity, and after George's brother returned from a stint in the Navy, the two began customizing cars in earnest, creating custom vehicles for private buyers, and then for film and television productions. George Barris also wrote a column on customization for Hot Rod and Motor Trend magazines. He is most widely recognized for three high profile customizations – Ala Kart, which was used in multiple movies, The Batmobile from the original television series, which was recently auctioned off for $4.6 million, and the custom vehicle that put him on the map internationally, the Hirohata Merc. He continues to customize cars to this day. 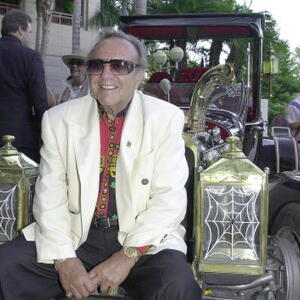