Geoffrey Edelsten net worth: Geoffrey Edelsten is an Australian medical entrepreneur who has a net worth of $100 million. Geoffrey Edelsten was born in Melbourne, Victoria, Australia in May 1943. He worked as a general practitioner and owned mansions, cars including Rolls-Royces and Lamborghinis, and helicopters which attracted attention. He opened a series of multidisciplinary clinics complete with chandeliers, grand pianos, and mink covered exam tables.

In 1998 Edelsten was deregistered in New South Wales and he would later be deregistered in Victoria. He was jailed in 1990 for perverting the course of justice as well as soliciting Christopher Dale Flannery to assault a former patient. Edelstein co-founded Allied Medical Group in 2005. He became the first private owner of the Sydney Swans, an Australian football team in 1985. Geoffrey Edelsten has been married three times including to Brynne Gordon from 2009 to 2014. He filed bankruptcy in the United States and admitted to blowing through an estimated $60 million in just a few years. He is known for spending $3 million on his wedding to Brynne Gordon. It is considered one of the most expensive weddings in Australian history. 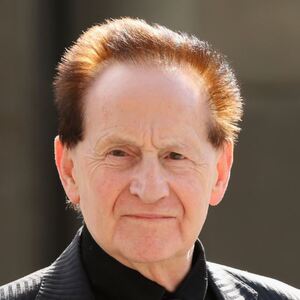