Gavin Maloof net worth: Gavin Maloof is an American businessman who has a net worth of $500 million. Gavin Maloof was born in October 1956. He is a member of the Maloof family from Las Vegas, Nevada. The family is originally from New Mexico and began by getting distribution rights for Coors Beer in the Southwest in 1937.

From 1998 to 2013 the Maloofs owned the National Basketball League team the Sacramento Kings. They also minority owners of the National Hockey League team the Las Vegas Golden Knights. Gavin Maloof's relatives include George J. Maloof Sr., Adrienne Maloof, and George J. Maloof Jr. Gavin and Joe Maloof founded the Maloof Money Cup in 2008 which is a skateboarding comeptition for professional and amateur skateboards. They also made an appearance in the Lil Wayne music video "Lollypop". Gavin Maloof appeared as a guest judge on the reality TV series Celebrity Apprentice 3. 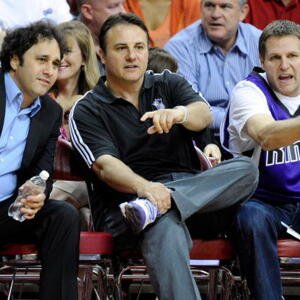