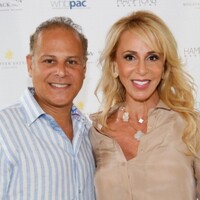 Gail Greenberg net worth: Gail Greenberg is an American reality television personality who has a net worth of $5 million. She is best known for appearing on the Bravo reality series, Secrets and Wives, which premiered in 2015. The show follows the lives of six affluent, longtime girlfriends who live on Long Island as they navigate the pitfalls of marriage and divorce. Greenberg is married to one of the top plastic surgeons in New York and is committed to keeping their love alive after having experienced one unsuccessful marriage. She is described as a Type-A personality and is a perfectionist with most, if not all, things in her life.