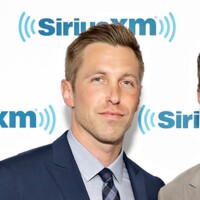 Gage Edward net worth: Gage Edward is an American business manager and reality television star who has a net worth of $2 million. Gage Edward is a Los Angeles based business manager. He is perhaps most famous for being the former boyfriend of reality television star Jeff Lewis. Gage himself achieved reality stardom when he joined the fifth season of Jeff's Bravo show "Flipping Out". In addition to appearing on his boyfriend's reality show, Gage is also Jeff's business manager. Talk about mixing business with pleasure! Flipping Out premiered in 2007 and ran 11 seasons through 2019.

Gage and Jeff split in 2019. They share a daughter together named Monroe. In 2020 lawsuits were filed over some financial issues and custody arrangements related to Monroe.