Gabriel Brener net worth: Gabriel Brener is an American businessman and sports executive who has a net worth of $350 million dollars. Gabriel Brener graduated from Woodbury University with a degree in Business Administration. He has been heading up various business organizations since the late 80s. From 1987 to 1989, he served as the Vice Chairman of the Board of The Boys Markets, Inc.

In 1987, he also began managing family investments for the Brener International Group, LLC. Two years later, he also became Chief Executive Office of Galco, Inc. He is also the founder and manager of Brener Sports and Entertainment, LLC. He has served as the Chairman and Chief Executive Officer of Brener International Group, LLC since 1998. In 2011, he also began serving as the Chief Executive Officer, President, and Chairman of Azteca Acquisition Corporation. In 2013, he became a Director of Hemisphere Media Group. He is part owner of the Major League Soccer team the Houston Dynamo. In June 2014, Gabriel Brener made headlines around the world when he successfully sold Walt Disney's former residence in Beverly Hills for $74 million dollars. 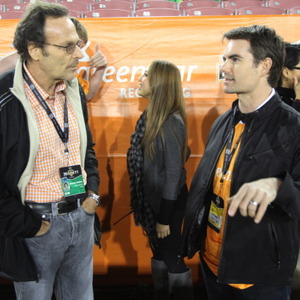