What is Fred Wilpon's net worth?

Fred Wilpon is an American real estate developer and former baseball executive. Fred Wilpon has a net worth of $800 million. From 1987 to 2002, he was part-owner of the New York Mets, and was the sole owner from 2002 to 2020. Wilpon earned his first fortune as the co-founder of the commercial real estate development company Sterling Equities. He co-founded the firm with his brother-in-law Saul Katz.

Wilpon was one of the most high-profile victims of Bernie Madoff's Ponzi scheme. It would later be reported that Wilpon lost as much as $700 million because of Bernie Madoff. His losses were so large that at one point there was speculation that Fred would be forced to sell the Mets. Fred Wilpon eventually agreed to pay $162 million to the trust for Madoff's victims.

In September 2020 Fred and his partners sold the Mets to hedge fund manager Steven A. Cohen for $2.35 billion.

Fred Wilpon was born in 1936 in Brooklyn, New York to a Jewish family. His father, Nathan, was the manager of a funeral home. As a teen, Wilpon went to Lafayette High School. There, he was a teammate of future Baseball Hall of Famer Sandy Koufax, with whom he remains close friends.

After graduating from high school, Wilpon enrolled at the University of Michigan, where he pitched on the baseball team his freshman year before an injury curtailed his career. Wilpon graduated from Michigan in 1958, and went on to sell calculators for a period of time.

In 1972, Wilpon cofounded Sterling Equities with his brother-in-law Saul Katz. A diversified group of commercial companies, its portfolio comprises real estate, sports, and media holdings primarily in the New York area. These include the Brooklyn Cyclones minor league baseball team; the sports television network SportsNet New York; the eSports team New York Excelsior; and Sterling Project Development. Meanwhile, among the properties it has developed are Citi Field, the tower at 450 Lexington Avenue, and townhouses in Tarrytown in suburban Westchester County. Overall, Sterling Equities has developed close to 25 million square feet of commercial property.

Following the sale of the New York Mets by owner Charles Shipman Payson, Wilpon purchased a one-percent stake in the team in 1980. Publishing company Doubleday & Co. held the remaining interest. Gradually, Wilpon increased his stake to five percent. In 1986, when Doubleday president Nelson Doubleday Jr. sold his company to Bertelsmann AG, he and Wilpon agreed to buy the Mets for $81 million, with ownership split 50/50 between them. Later, in 2002, the Wilpon family purchased the other half from Doubleday for $391 million, granting Wilpon sole ownership of the team. 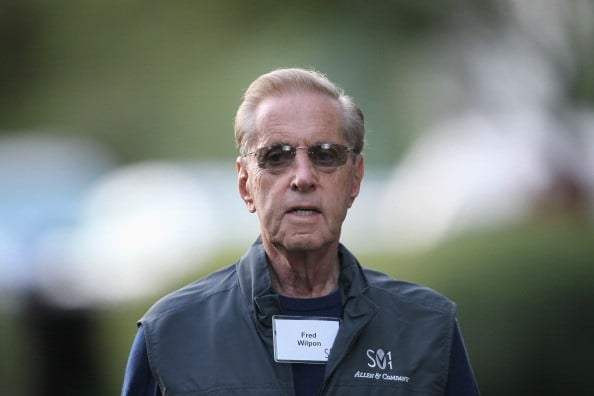 As one of the investors who invested a large sum of money with Bernard Madoff, Wilpon became implicated in Madoff's notorious Ponzi scheme. According to initial reports, Wilpon lost around $700 million when the scheme collapsed in 2008. However, later reports showed that Wilpon and his family had in fact made money with Madoff, accruing nearly $300 million in profits. Consequently, in 2010, Wilpon was named in a lawsuit filed by Irving Picard on behalf of the victims of Madoff's Ponzi scheme. To offset pending losses due to the litigation, Wilpon issued a statement seeking a strategic partner to buy around 25% interest in the Mets. It was later revealed that Wilpon had used Madoff to run the Mets' finances, and that Madoff funds were used to both cover team expenses and pay for the creation of Citi Field and SportsNet New York. In 2012, Wilpon agreed to settle Picard's lawsuit for $162 million.

Along with his partner Saul Katz, Wilpon was involved in another Ponzi scheme orchestrated by hedge fund manager Samuel Israel III. When Israel's hedge fund collapsed, Wilpon and Katz were forced to pay $13 million to investors.

While in college at the University of Michigan, Wilpon met Judy Kessler. The two married shortly after, with Kessler working as a secretary for former Brooklyn Dodgers president Branch Rickey. Together, the couple has three children: Robin, Jeff, and Bruce. Robin is wed to Phillip Wachtler, the son of former Chief Judge of the New York Court of Appeals Sol Wachtler. Jeff was the COO of the Mets until 2020, when he became executive vice-president of Sterling Equities. Bruce, meanwhile, is also a partner of Sterling Equities.

With his wife, Wilpon founded the Judy and Fred Wilpon Family Foundation. The Foundation donated $5 million to the University of Michigan's College of Literature, Science, and the Arts in order to create the Irene and Morris B. Kessler Presidential Scholarship Fund, named in honor of Judy's Romanian immigrant parents. Additionally, the Foundation has donated $5 million to establish the University of Michigan Bone & Joint Injury Prevention & Rehabilitation Center, as well as $4 million to create the Wilpon Baseball and Softball Complex. 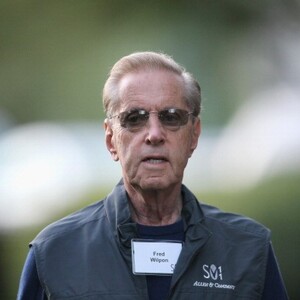