Flavio Briatore Net Worth and Salary

Flavio Briatore is an Italian businessman who has a net worth of $400 million. Flavio Briatore is probably best-known for being the former manager of two Formula One racing teams. The most recent team was Renault F1. Flavio Briatore was also part-owner and chairman of London's Queens Park Rangers F.C. from 2007 to 2010.

In the 80s, he was convicted on several charges of fraud, and received two prison sentences he ultimately never served.After Briatore was accused of race fixing at the 2008 Singapore Grand Prix, he was forced to resign from the ING Renault F1 team. Briatore was banned from any events sanctioned by the FIA after they completed their own investigation of the allegations. This decision was eventually overturned by the French Tribunal de Grande Instance.

Flavio Briatore was born in 1950 in Verzuolo, Italy to elementary school teachers. As a youth, he twice failed public school, leading him to attend the private independent school Fassino di Busca. Briatore found work as a restaurant manager and ski instructor, and then as a door-to-door insurance salesman. In the 70s, he moved to Cuneo, Italy, where he became an assistant to businessman Attilio Dutto. After this, Briatore moved to Milan to work for Finanziaria Generale Italia at the Italian stock exchange. It was during this time that he met the founder of the Benetton clothing company, Luciano Benetton.

In the 80s, Briatore was convicted on several counts of fraud. He was fined and initially sentenced to one year and six months in jail in 1984, but later had his sentence reduced to just one year. In 1986, he was convicted again, and sentenced to three years for fraud and conspiracy related to a number of gambling games he had helped rig. An appeal followed in 1987, reducing his sentence to one year and two months. However, to avoid imprisonment, Briatore lived as a fugitive in Saint Thomas in the Virgin Islands. Never actually going to jail, he returned to the European Union after both of his convictions were extirpated by amnesty.

While Briatore was a fugitive, he kept his close relationship with Benetton, and opened Benetton stores in the Virgin Islands. Due to Benetton's franchising methods, the chain experienced a spike in popularity in the United States in the 80s, and because Briatore had taken a cut of each franchising agreement, he became extremely wealthy.

Start of Formula One Career

In 1988, Briatore attended the Australian Grand Prix, his first Formula One race. Subsequently, Luciano Benetton appointed him the commercial director of his team, Benetton Formula Ltd. When the team management was fired shortly after, Briatore was promoted to managing director, and went to work turning Benetton into a competitive team. To do this, he brought on young up-and-coming driver Michael Schumacher, and built the team around the rising star. Schumacher went on to claim victories at the Belgian Grand Prix in 1992 and the Portuguese Grand Prix in 1993, before winning the World Drivers' Championship in both 1994 and 1995. In the latter year, the Benetton team came out on top at the World Constructors' Championship. However, Briatore and the team came under fire for cheating, which resulted in fines and a two-race ban for Schumacher.

In the mid-90s, Briatore bought the floundering Ligier team, and took over complete management of Benetton. Soon after, Schumacher and several key technical staffers left the team, leaving Benetton to slip in status. Briatore was eventually replaced with David Richards at Benetton in 1997. During the following years, he led the engine company Supertec. 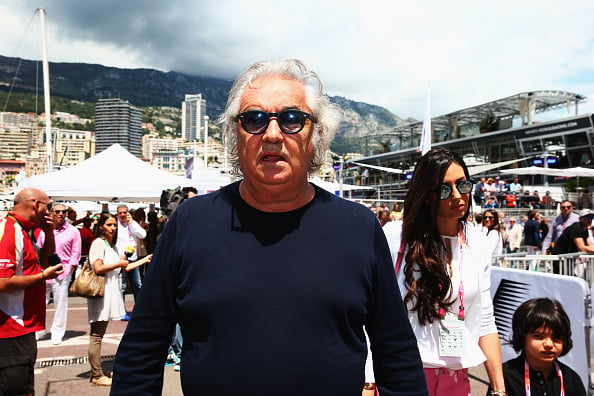 Return to Formula One and Race Fixing Scandal

In 2000, Briatore purchased the Benetton Formula team, and shortly after renamed it Renault F1. One of Briatore's greatest finds for the team was the teenage Spaniard Fernando Alonso, who won the Drivers' and the Constructors' Championships in 2005 and 2006, respectively. Briatore also managed drivers Mark Webber, Heikki Kovalainen, Nelson Piquet Jr., and Jarno Trulli, the latter of whom won the 2004 Monaco Grand Prix.

In November of 2007, the FIA governing body conducted an investigation into allegations of cheating on the part of the Renault F1 team. The team was found guilty, but was not punished. However, another scandal came the following year, when it was found that Nelson Piquet Jr. deliberately crashed in the Singapore Grand Prix to help his teammate Fernando Alonso win the race. After a FIA investigation, the team was charged with conspiracy and race fixing. Consequently, Briatore resigned from Renault; moreover, he was banned from future FIA-sanctioned events, and Renault was placed on two years' probation. Briatore decided to sue the FIA in French courts to clear his name, and in 2010, the Tribunal de Grande Instance was able to overturn his ban. Although FIA sought to appeal the ruling, the two parties reached an out-of-court settlement.

Beyond Formula One, Briatore has developed numerous other business interests throughout his career. In 1998, he created the Billionaire nightclub brand, and later launched a line of haute couture called Billionaire Italian Couture. He opened Cipriani's restaurant in London in 2004, and for a while owned nearly 50% of the pharmaceutical company Pierrel. Among his other properties and assets, Briatore operates a beach club in Tuscany and a holiday resort in Kenya.

In 2007, along with Bernie Ecclestone and Lakshmi Mittal, Briatore bought the English Championship football club Queens Park Rangers, and served as its chairman. In 2010, he stepped down from his post.

Briatore got engaged to supermodel Naomi Campbell in 1998; the pair was in an on-and-off relationship until 2003. Subsequently, Briatore dated supermodel Heidi Klum for about a year. In 2008, he married model Elisabetta Gregoraci, with whom he has one son. 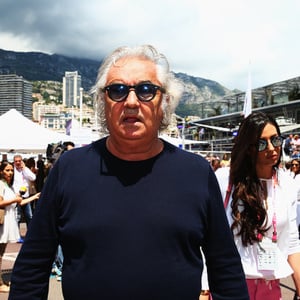