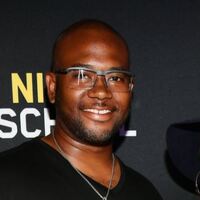 Eugene Harris net worth: Eugene Harris is a physician and reality television personality who has a net worth of $4 million. Eugene Harris is probably best known for appearing as the husband of Toya Bush-Harris on the hit Bravo reality series, Married to Medicine. Dr. Harris met his wife when he was doing his residency at Detroit Receiving (Hospital); Toya was a pharmaceutical rep at the time and the pair met at a  function for the Ron Rice Foundation.  Dr. Eugene Harris is currently employed as an Emergency Medicine Physician with The Schumacher Group and has served as a ED medical Director at several Atlanta hospitals, including both South Fulton Medical Center and Piedmont Newnan Hospital. He is also a member of the American Board of Emergency Medicine. Dr. Harris completed his residency at Detroit Receiving Hospital, where he was also Chief Resident; he also attended  Emory University's School of Medicine; and received his BS in biology at Howard University. Dr. Harris specializes in reproductive health and cultural competency. The couple have two sons, Ashton and Avery.