Eric Trump Net Worth and Salary: Eric Trump is an American businessman and philanthropist who has a net worth of $300 million. Eric is probably best known for being the second son of Donald Trump. Eric often appeared with his father on the reality show "The Apprentice." Following his father's involvement in politics and his victory in the 2016 US Presidential election, Eric became a vocal and public supporter for the Trump presidency. He is also a successful businessman and plays a key role in the Trump Organization.

Early Life: Eric Frederick Trump was born on January 6th of 1984 in New York City. Eric is Donald's third child with his ex-wife Ivana Trump. His father and Ivana divorced when he was eight years old, and he became very close with his siblings as they supported each other through this emotional period. He also became close with his maternal grandparents following his mother's split with Donald, and he spent his summers in Czech throughout his childhood. During his time in Czech, Eric's grandfather taught him important life skills, such as hunting and fishing.

Like his father, Eric attended the Hill School, a coed preparatory boarding school located in Pennsylvania. He allegedly arrived at the school with just one bag and a lamp. His classmates have described him as "good-spirited," and he displayed a talent for woodworking during his school years. Over the summers, he helped with the family business and worked on various construction sites with his brother as a laborer.

During this period, he also watched his father conduct negotiations and other important business. By the end of high school, Eric Trump knew he wanted to enter the family organization. Although his elder siblings went to the University of Pennsylvania, Eric decided to go to Georgetown University instead. During his time at Georgetown, he earned a degree in finance and management.

With Eric Trump behind the steering wheel, the Trump Organization aimed to focus on luxury hotel properties in the future, as well as stable income provided by office space. In addition, there were reportedly plans to sell off stakes in office towers located in New York and San Francisco. Numerous sources stated that these actions helped the Trump Organization "weather the storm" of the coronavirus. 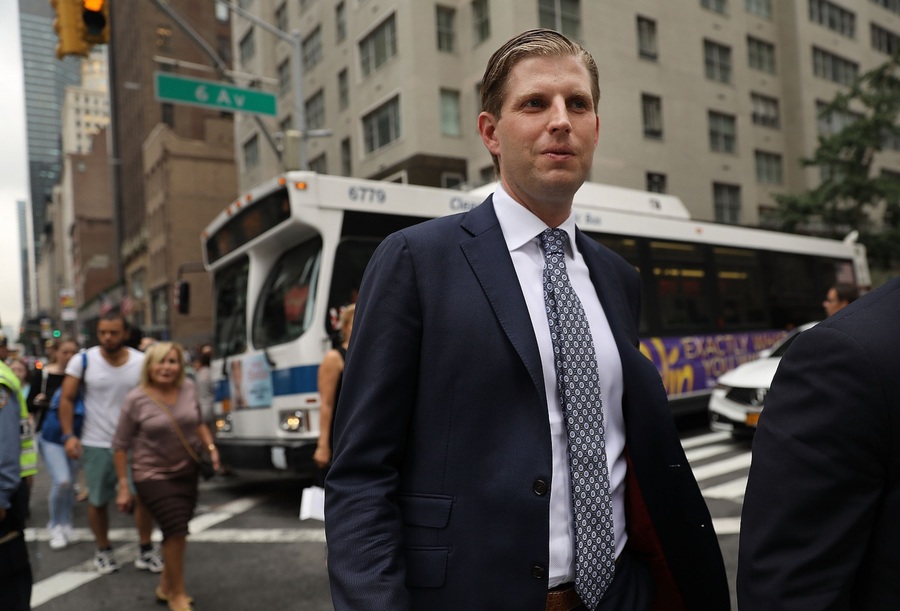 Television: Outside of his duties within the Trump Organization, Eric Trump appeared frequently on the show "The Apprentice." Eric served as a boardroom judge for his father's reality show for five years, appearing in 23 episodes from 2010 to 2015.

Salary: According to financial disclosures released by Ivanka Trump, the three siblings have earned around $35 million each in salary over the last two decades. Donald, Ivanka, and Eric technically do not have ownership stakes yet in the vast majority of their father's businesses. They do, however, each own 7.5% of Trump International Hotel in Washington D.C.

Philanthropy: Outside of the business world, Eric is a highly active philanthropist. He is the founder of the Eric Trump Foundation, an organization that successfully raised tens of millions of dollars for Saint Jude Children's Hospital. Eric Trump also serves as a board member for the hospital, which features a wing named after him. To date, the Eric Trump Foundation has raised more than $25 million for the hospital which helps children who are suffering from life-threatening illnesses.

There is some controversy regarding Eric's handling of charitable organizations, however. Some state that Eric is "re-donating" money to Trump family members, and that some of the funds were being redirected to various projects, such as golf courses. As a result of these allegations, the New York State Attorney General's Office launched an official inquiry into the Eric Trump Foundation.

In 2018, it was reported that Eric Trump and Donald Trump Jr. had purchased a property in the iconic Mar-a-Lago resort for $18.5 million. The two brothers purchased the property through a Limited Liability Company, with Eric Trump serving as president. Trump Jr. serves as vice president of the LLC. The property was originally owned by their aunt, Maryanne Trump Barry.

The extensive property was built in 1956, and it features over 194 feet of ocean frontage. Maryanne Trump Barry purchased the mansion in 2004 for $11.5 million, and she owned it through a trust before selling it to her nephews. The property includes a pool, a sunroom, and an expansive library. It is also directly opposite another property owned by their father, Donald Trump.

Family Life: In 2008, Eric Trump met Lara Yunasaka at a bar. Yunasaka is a producer for "Inside Edition." After dating for many years, the two were wed in 2014 at Mar-a-Lago. As of this writing they have two children. Eric and his wife has been called the "most normal" members of the Trump family. 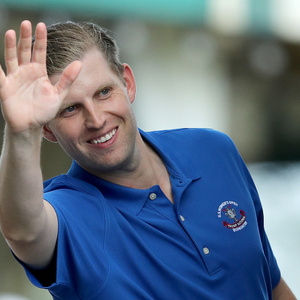