Elliot Tebele net worth: Elliot Tebele is an American internet executive who has a net worth of $10 million. Elliot Tebele is the "curator" behind the instagram account FuckJerry which has more than 14 million followers on Instagram as of this writing. Elliot and his cohorts have built a social media empire largely by stealing content from other creators and re-purposing it as their own on numerous social accounts. A common example would be seeing a meme that someone else created for Twitter or Instagram, screenshotting and posting it to the Fuck Jerry with the original creator's username cut off. As of 2016, FuckJerry could reportedly earn as much as $30,000 for a single sponsored post. By 2019 they reportedly could make as much as $250,000 for a single sponsored post. Fuck Jerry claims to attempt to credit original creators as often as possible but there are countless examples where credit was purposely cut off in order to benefit itself. In one particularly offensive example, the company allegedly stole a meme from a comedian named Vic Berger IV. When Berger complained to Jerry's Chief Content Officer James Ryan Ohliger, the CCO responded with "Shut up". Another alleged strategy employed by Jerry Media is to credit one of its own accounts as the original source until they hear from someone claiming credit, but by the time credit is changed the meme's popularity has dropped off and the creator ends up with crumbs.

Fyre Festival: Fuck Jerry's media branch, Jerry Media, was responsible for coordinating the promotion of the notoriously failed music event, Fyre Festival. The company conceived then coordinated the massive online promotional campaign that fueled Fyre Festival's fire. In the wake of the festival's failure, people began complaining about Jerry's responsibility in promoting an event which any reasonable person should have known was a fraud. For their part Jerry Media claimed to only be a marketing company that was getting paid to do a job. To make matters worse, Jerry Media then had the gall to use their inside footage of the failed event to produce a documentary for Netflix about Fyre Festival. Many people were upset that Jerry Media didn't accept responsibility for their role in perpetrating the fraud. A rival Hulu-produced documentary focused heavily on Jerry Media's role in the disaster.

FuckFuckJerry: In February 2019, a social media trend called "FuckFuckJerry" started to grow online that called for users to unfollow Jerry's various accounts. The trend also pressured advertisers like Comedy Central to stop working with Jerry Media to promote its programs. Many high profile comedians joined the movement to encourage people to unfollow all Jerry Media accounts after years of seeing their work stolen then used to build the FuckJerry brand. 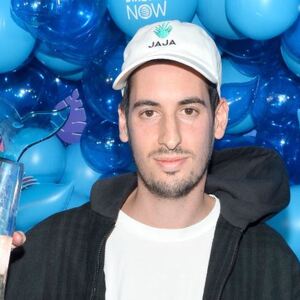