How much is Elisabeth Murdoch Worth?

Elisabeth Murdoch Net Worth: Elisabeth Murdoch is a British American television industry and international media executive who has a net worth of $375 million. Elisabeth Murdoch was born on August 22 1968, in Sydney, Australia. She currently serves as the Chairman and CEO of Shine Limited, a media production company with offices in London and Manchester. Being the daughter of international media mogul Rupert Murdoch, Elisabeth had the chance to attend notable schools in New York City before eventually graduating from Vassar College. After graduation, she started her career as a manager at her father's FX Networks, a cable TV service located in Los Angeles, California. It was in 1994 that Murdoch made her first acquisition together with her then husband, Elkin Kwesi Pianim, buying a pair of NBC-affiliate television stations, KSBW and KSBY, in California on a US$35 million loan provided by her father. In less than a year and a half, the pair re-arranged and re-sold the stations at an incredible $12 million profit. Next, Elizabeth moved with her husband to England, where she landed a key role in BSkyB, where her father shared the CEO position with Sam Chisholm at the time. Eventually, she took over the position of a Managing Director and during her tenure BSkyB became one of the most profitable companies in the UK. However, she went on to veer out on her own as a television and film producer in London, following a public quarrel with Chisholm. After a futile attempt to set up a film and production unit similar to BBC Films and Film4 Productions, Elisabeth successfully established Shine Limited in March 2001. She owns 80% of the company, with 15% of the shares are owned by Lord Alli and 5% owned by BskyB. In 2011, she sold Shine to News Corporation, but she is still Chairman and CEO at Shine. 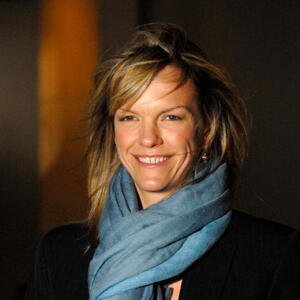