Eileen Ford Net Worth: Eileen Ford was an American model agency executive who has a net worth of $100 million. Eileen Ford is best known for co-founding Ford Models, a company she started with her husband, Gerrard "Jerry" Ford. Their company is widely known across the world and is considered to be one of the most prestigious modeling companies to date, it's also one of the oldest.

Ford was born in March of 1922 in Manhattan, New York. She got her start in modeling in college when she modeled for the Harry Conover Modeling Agency, before graduating from Barnard in 1943. She subsequently met and eloped with Jerry in 1944. After becoming pregnant, she started working as a secretary for various models, charging $65 to $75 per month for her services. In 1947, after Jerry returned from the war, the pair decided to start a modeling company, even though Eileen was the only one with any industry knowledge. Despite bring brand new and having a "terrible" location, they profited a quarter million dollars in their first year and was considered the third most successful company in the industry. The Fords had four children together, their third child, Katie, took over the modeling agency in 1955. They remained married until Jerry's death in 2008. Eileen followed him in death in January of 2014. 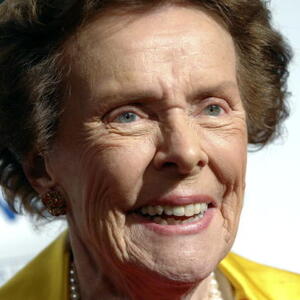