Edwin Arroyave net worth: Edwin Arroyave is a Colombian American businessman and reality television personality who has a net worth of $16 million. That's a combined net worth with his wife Teddi Jo. Edwin Arroyave was born in Colombia. He is best known for starring on the reality television series The Real Housewives of Beverly Hills from 2017 to 2018 with his wife Teddi Jo Mellencamp. Teddi is the daughter of rock musician John Mellencamp. Arroyave executive produced the 2016 short Spoken Word. He is the CEO and Founder of Skyline Security Management which started in 2004. He moved to the United States with his family when he was young and ended up living in Los Angeles, California. 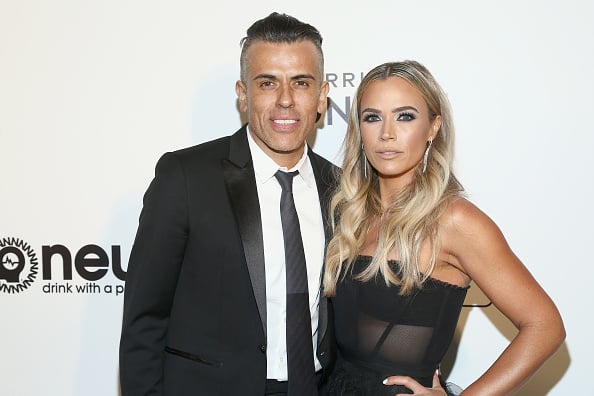 In September 2020 Teddi and Eddie paid $6.5 million for a home in Encino, California.

In January 2018, Teddi and Edwin spent $4.07 million to buy a house in the Mount Olympus neighborhood of Los Angeles. They bought the house from Megan Ellison, the movie producer daughter of Oracle billionaire Larry Ellison. This house had at one point been listed for $4.4 million and it previously sold for $5.25 million. In June 2022 Teddi and Eddie listed this home for sale for a little under $6 million:

In December 2011, Teddi and Edwin bought a home in LA's Laurel Canyon neighborhood for $1.8 million. They moved out of this house after buying the previously mentioned Mount Olympus home. After moving out, they offered the home as a rental for $17,000 per month.

Tragically, on February 19, 2020 their renter – up and coming rapper Pop Smoke – was murdered in the home during a home invasion gone wrong.

Teddie and Edwin sold this home in September 2020 for $2.8 million.