Eddie Hearn net worth and salary: Eddie Hearn is an English boxing promoter who has a net worth of $50 million. Eddie Hearn was born in Essex, England in June 1979. He is a director of the Professional Darts Corporation and is also a group managing director of Matchroom Sport and Matchroom Boxing. 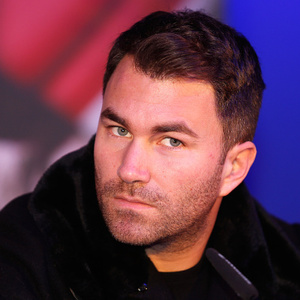